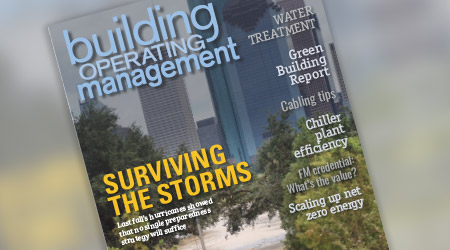 The March issue of Building Operating Management is live and in the world! Here’s a short preview of some of the highlights of the issue.

Our cover story this month is a series of articles looking at emergency preparedness and disaster recovery during the horrific hurricane season of 2017. Our senior editor Naomi Millán looked at how lack of resources inhibited recover in Puerto Rico after Hurricane Maria. Our contributing editor Karen Kroll illustrated how more stringent building codes in Florida helped many buildings survive Hurricane Irma. And I wrote about a few facility executives at hospitals in Houston and how they were able to keep their facilities open and in operation during intense flooding in the area.

A column from the U.S. Green Building Council  previews the upcoming update to its signature LEED rating system. The new LEED v4.1 won’t be quite as big of an overhaul as the difference between LEED 2009 and LEED v4 was, but many of the standards will become more stringent and some of the credit requirements will change as well.

An online-only story in the issue by Transwestern’s director of sustainability Josh Richards alerts facility managers about a possible change to their Energy Star score, due to new data being released later this year. His advice is to stay the course with energy conservation measures, because, of course, no matter your Energy Star score, saving energy should always be a high priority for facility managers.

One of the definite highlights of this issue is a fascinating story by long-time contributor Stormy Friday looking at the value of credentials in the facility management world. Friday shows illustrates clearly why FM credentials benefit not just the person achieving them, but also the organization as a whole. As part of the story, our editor-in-chief Edward Sullivan writes about our new ProFM credential that will make its official debut at our NFMT conference later this month (March 20-22 in Baltimore).

In addition to these stories, we have stories on chiller efficiency, wiring and cabling, why commissioning is important, and many others. 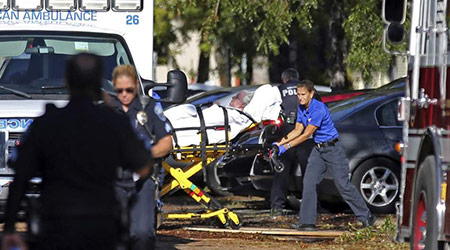