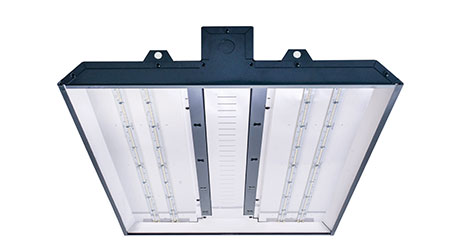 “We are extremely proud of this achievement,” said John Scribante, chief executive officer of Orion Energy Systems. “Until now, designing an LED high bay fixture that reached 200 lumens per watt had been considered unattainable by the lighting industry and Orion is the first to surpass that barrier at 214 LPW. We are seeing the result of our investments in new product development, including the recruitment of the industry’s most talented engineers and designers, and the opening of our innovation hub in the city of Chicago,” Scribante continued. “Today, we can say with confidence that anyone buying a competitor’s LED high bay product is wasting energy unnecessarily and paying way too much on their electric bill.”

These increased efficiencies open entirely new markets for Orion, particularly for those facilities that have shorter hours of operation, lower utility rates, or are replacing fluorescent technology that is already more efficient than HID technology. Also, because of the modularity of the entire ISON LED High Bay suite of products, the prior generation Gen 2 ISON High Bay fixture that companies have installed in the past is now upgradable to the 214 LPW efficiency, which provides existing Gen 2 ISON High Bay customers with the opportunity to further enhance their investment in their lighting platform. No other LED high bay lighting fixture in the lighting industry has a lower ten year cost of ownership than the third generation Orion ISON Class High Bay.