Any department's transition to web-based and mobile CMMS applications will not come without carefully exploring the initial and long-term costs.

"There will be a cost associated with moving functionality to smart phones and slates," Conroy says. "In addition to the cost of the hardware or phone plan, users will have to have a data plan. That can cost upwards of $1,000 per year per device."

Success also will depend on building strong relationships with the IT department, which is central to making the CMMS function properly.

"Get close to the IT department," Brous says. "Maintenance departments tend to get the least amount of support from the IT world. They are seen as expense centers." He also advises managers to work with a vendor in whom the organization has confidence. "If you don't have confidence in the vendor at the beginning, you're never going to have it."

The ongoing evolution of CMMS is likely to focus on the need for technicians to be in the field as much as possible to maximize their productivity.

"I believe mobile technology will change everything," Conroy says. "As smart phones and slates become ubiquitous, the functionality required for technicians in the field can be optimized. There is no need to provide all the functionality of a comprehensive CMMS to an iPhone or iPad."

Future versions are likely to be even more user-friendly and look more like a website, Reyna says. They also will be usable on any device a technician carries.

"That's where customer demand is leading a lot of CMMS vendors," he says. 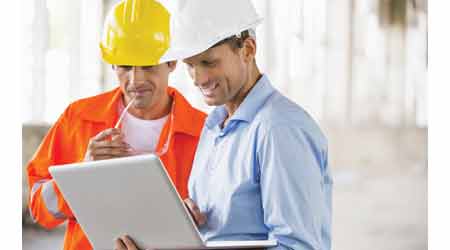