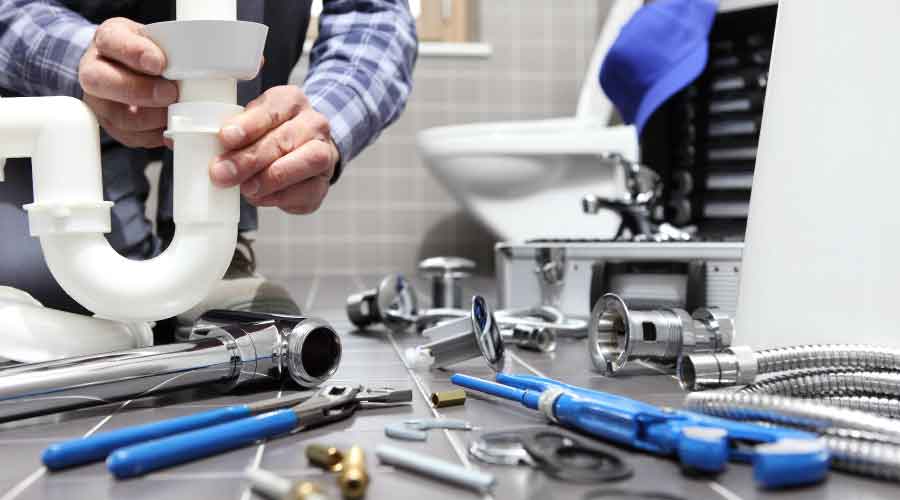 The building’s renovation project also ran into a challenge facing many such projects — the reality of what lies behind walls.

By Dan Hounsell, Senior Editor
Plumbing & Restrooms
OTHER PARTS OF THIS ARTICLEPt. 1: UCSF Focuses on Accessibility in Restroom RenovationPt. 2: This Page

This is part two of a two-part article. To read the first part, please click here.

As with any renovation in an existing facility, the process involved making accommodations for affected employees and planning around ongoing activities.

“We couldn't close down the existing restrooms, so we did it in phases,” Neville says. “The first phase was the new restrooms on the east side of the floor, and we just maintained the existing restrooms and kept them operational. The floor was never without restrooms. There were actually two phases to that first phase because we had to build out new space in order to relocate the folks in the functions that were moving out. That started back in mid-2020. It was about a year of construction.

“In the spring of 2019, we started on phase two, which was actually building new restrooms,” he says. “And we got our temporary certificate of occupancy right before COVID, which was the shutdown. That would have been around February 2020. Then the project, like all projects, was shut down for several months.”

The building’s renovation project also ran into a challenge facing many such projects — the reality of what lies behind walls.

“We ran into a lot of issues with existing conditions,” Neville says. “We ran into a lot of difficulties. We started, stopped, started, stopped. Everything on paper looks like it works, and all your math sort of works out right. They were constrained by the existing layout, and we ran into a heck of a lot of issues. We spent a lot of time trying to squeeze in what we could and ended up having to give up some square footage and reduce one of our restrooms that is not meeting ADA guidelines.

“It's not an accessible restroom. The two others are, and it was other issues with related rules and existing fire hoses and existing electrical services that we're going through and servicing the building. When all that said and done, it took almost 18 months plus to get the second and third phases done.”

“If you can do upfront, more destructive types of surveys, it's going to pay,” he says. “It's sometimes hard to justify that expense at the beginning of a project because people expect that the information should be existing record drawings. We proved that it was not.

“If you also can reach out to the authorities having jurisdiction to try and get buy-in at the beginning of a project, maybe not buy-in but an understanding of the project scope, that’s helpful.”

Although conferences have not returned to the building, Neville says the renovations have proven successful in several ways, including water conservation.

"I don't have water savings numbers because we didn't have any baseline check numbers,” he says. “I don't know what we're saving. I just know we have to be saving.”

The upgraded restrooms also included enhanced security, in part to address the fact that the building is accessible to the public.

"It's a public building,” Neville says. “Homelessness is a big issue everywhere, and certainly in San Francisco. Because these restrooms are publicly accessible, a lot of homeless people use them. We have added card readers — for public access during the daytime, for after hours or conference events going on or employees who work in the building. They can use their badge readers to get in, so that's an improvement.”

Overall, Neville says the response to the upgraded restrooms has been positive.

“I have heard good things, that they're performing well, that they're available,” he says. “People can find them. They couldn't find toilets previously, and therefore, it was more difficult.”

One test for the upgraded areas will come when conferences return and occupancy levels increase.

“The conference center was a busy space for businesses,” he says. “A lot of conferences were held there. They're not back yet. They're still not holding conferences. It'll be interesting to see when they start hosting those again, will there be some feedback? But I think it's been generally positive. The restrooms look nice, as restrooms go. They're inviting once you walk in. The ones that were there previously were so old and dated.”

Drain Cleaning Tools of the Trade