When Cris Crissinger started in the paint business 30 years ago, a product wasn't worth anything if it "didn't kill you or hurt you or make you sick," he jokes.

That was then. Now, even in areas where performance is paramount, "solvent coatings are fast becoming passé," says Crissinger, the director of corporate specifications for McMillan Pazdan Smith.

That's because years of R&D by paint manufacturers have paid off. Products with low VOCs can hold their own against solvent-based products. "Probably within the last five years, we've seen a big amount of advances and improvements," says Crissinger. With the newest low-VOC products, he says, "we're not getting any complaints whatsoever."

A good example of progress has been in the colorants added at the point of sale. These were often very high in VOCs. A white or pastel would meet environmental concerns, but a deep red was "dumping VOC back into a low-VOC product," says Debbie Zimmer, North American director of the Paint Quality Institute.

Today, she says, manufacturers have developed the whole package: low-VOC paints that are readily tintable at the point of sale with low-VOC colorant and low-odor properties.

But it has been a tricky process along the way. "Sometimes it almost seems that seeming to be green is better than really being green," says Barry Law, president of the Master Painters Institute in Vancouver, B.C. Some manufacturers introduced products that "have the same name as other products, but 'waterborne' in front of them," but did not perform as well as the older products did. For example, older waterborne paints degraded faster and needed repainting more often.

The government has played an important role in pushing change. "The driving force has been from regulations," says Neal Rogers, the former chair of ASTM's subcommittee on architectural coatings. As federal and state governments have demanded greener materials, "that demand pushes into industry for us to innovate." Polymer design has advanced accordingly. Ten years ago, Rogers says, the best low-VOC products had 100 to 250 grams per liter of VOCs. Today, the figure goes from 50 grams per liter down to zero.

Zero is an elusive number, however, and some observers dismiss it as a marketing term. The number of grams per liter may be very low, but it is seldom absolutely none.

Also, the claim on the label may depend on how VOC is defined, according to Henning Bloech, executive director of the Greenguard Environmental Institute, which produces standards for products used indoors. Often, it means something that reacts to sunlight to form smog, but paints may emit plenty of substances that are not always classified as VOCs. 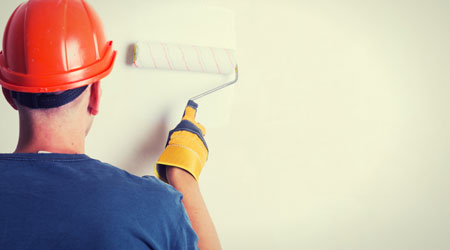 Paint That Lasts Through Thick and Thin 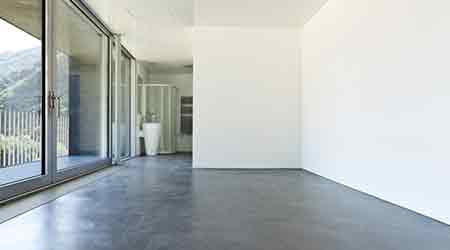