Heating and cooling systems in institutional and commercial facilities are essential for ensuring the comfort of both occupants and visitors. While these systems operate for most of their performance lives in a comfortable range of temperatures, that is not always the case. For maintenance and engineering managers in charge of the performance and reliability of HVAC systems and components, the toughest challenges tend to occur when outside temperature get either too high or too low.

The frigid temperatures engulfing the East Coast of the United States are testing the condition of many facilities and systems, and the inevitable problems are cropping up. Consider the plight of the city of Baltimore’s schools.

As temperatures plunged in states all along the East Coast, photos emerged of Baltimore school students wearing coats, hats and gloves inside of their frigid classrooms — igniting criticism from parents and others who wondered why those classes had not been canceled, according to a report on CNN.com.

Photos spreading virally online showed children bundled up in Baltimore schools where heating systems were not able to keep up with the cold weather. The school system initially closed four schools and dismissed students early at two others, and eventually it closed all schools as low temperatures persisted throughout the city.

The systemwide closures came only after parents and a teachers' union excoriated the school system for the heating issues. Criticism also came from former NFL linebacker Aaron Maybin, a Baltimore native who now teaches in the city. He says his first-aid kit thermometer showed it was 40 degrees in his classroom at Matthew A. Henson Elementary School.

Learn more about the role of inspection and testing in reliable boiler performance.

Here's what the school system says happened on Wednesday:

Next, heating issues emerged as parts of school boilers broke and pipes burst in some schools, she said, adding that drafts from leaky windows and generally "old conditions of our buildings" contributed. 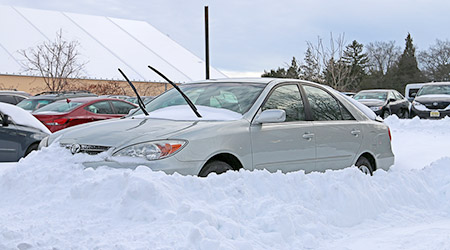