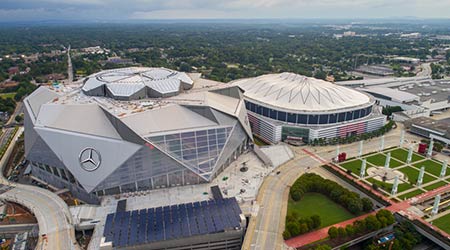 More than 46 megawatts of solar capacity — enough to power 8,000 homes — has been installed at professional sports facilities in the United States, according to the Solar Energy Industries Association. Nearly one-half of that total has been installed in just the last three years, another indication of solar energy’s growth.

The organization maintains a database of professional sports facilities across the NFL, NBA, MLB, NHL, MLS, NASCAR and IndyCar. To date, 32 percent of NFL stadiums have solar, the highest of any of the professional sports leagues. The NBA and MLB are tied for second at 30 percent of facilities with solar. The sports facility with the most solar is the Golden 1 Center, home of the NBA’s Sacramento Kings, with an installed capacity of 11,000 kilowatts (kW).

This post from SEIA includes several infographics and statistics about solar in sports, as well as the downloadable database of all the stadiums that include solar. For instance, the solar array at the Atlanta Falcons’ Mercedes Benz Stadium produces enough electricity to power up to 10 home games a year – the most games possible. The solar array at Daytona International Speedway produces enough clean power to offset the carbon dioxide produced by a car driving 2 million laps around the track. 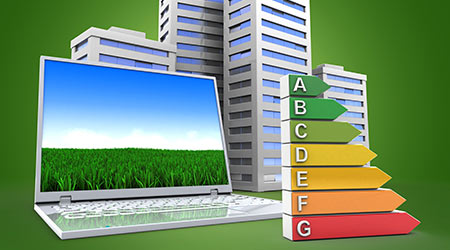