A starting point is crafting a diversity and inclusion statement. But also including requirements that diverse candidates must be interviewed for any position is a key to success.
By Naomi Millán, Senior Editor   Facilities Management
OTHER PARTS OF THIS ARTICLEPt. 1: Why Diversity Moves FMs Towards a More Successful TeamPt. 2: Why Do Diversity, Equity, and Inclusion Matter? Pt. 3: This PagePt. 4: After Onboarding: Long-Term Strategies for Diversity in FMPt. 5: 2 Easy Ways to Increase Your Diversity Quotient

There are practical strategies to employ when trying to refine the diversity and inclusion practices in the facilities management department. They start before a candidate even walks in the door. First, do you have a diversity and inclusion statement that leaders can talk about and embrace? According to Gallup, only 55 percent of people agree that their organization has policies that promote diversity and inclusion. Crafting a statement doesn't take the place of doing the work, but it's important to put your intentions and policies in writing and in public.

At Cornell University, the university's founding principle is "Any person, any study." In the Facilities and Campus Services (FCS) department, they really take that motto to heart. "Anybody can come here and be successful," says Mark Howe, director of utilities distribution and energy management, and also co-chair of the FCS diversity committee.

To that end, Howe says the department tries to expand their job outreach beyond their upstate New York area to the cities and urban centers, where they'll be able to tap into a larger workforce. "The idea is, how do you go after all groups," says Howe. "If you're not getting enough candidates, then what are ways to extend your outreach?"

Posting jobs in places beyond the organization's own job board is one way to broaden the audience it reaches, says Carson. Targeting social awareness groups or professional groups that are more diverse to place job openings on their boards is a viable strategy to diversify the pool of applicants.

Companies can go a step further and require certain targets. At one investment banking firm, Klein says every time there's a hiring process, there's a requirement that at least two qualified diverse candidates be considered.

Another strategy Klein thinks helps is removing the address and name from resumes as they are considered. This removes the negative or positive implicit bias someone can bring to how a name sounds or the implications of living in a certain part of the city.

Once the candidates are selected for in-person interviews, there are other strategies to employ to avoid dragging bias into the evaluation. Carson makes sure to conduct interviews with a panel comprised of three or four people. This avoids the situation where getting hired depends on clicking with one individual, and prevents one individual's perception of the candidate from being the only factor in the hiring decision.

In addition, the same questions should be asked of every candidate, in the same order, says Klein. One equity firm Klein works with noticed that they were having a hard time retaining women. After examining their process, they realized they were not asking the same tough questions of their female candidates. "So then they ended up hiring people that weren't as good in the necessary skills because they didn't ask the tough questions in the interview," she says. "This goes to tokenism."

"You want to go into an interview asking questions against the culture fit, skills, and competencies," she says. "Ask the same questions in the same order no matter who is in the seat in front of you." 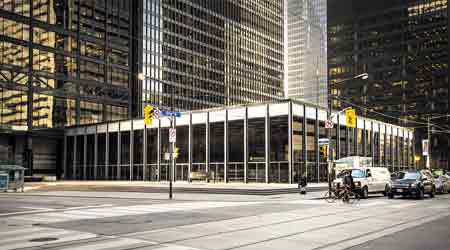