The installation of clear, spectrally selective window film in 20 academic and administrative buildings at Stanford University is one important measure the institution has implemented to improve energy efficiency

The installation of clear, spectrally selective window film in 20 academic and administrative buildings at Stanford University is one important measure the institution has implemented to improve energy efficiency.

Up to 40 percent of a structure’s cooling requirements can be a function of heat entering windows, according to the California Energy Commission. Clear, spectrally selective window film applied to existing glass allows light to enter while blocking heat better than most dark and tinted window films. By blocking heat, not light, the film cools indoor temperatures, saves energy, and lowers air-conditioning loads without darkening building interiors or changing a building’s appearance.

Stanford’s primary reason for installing window film was heat loading and occupant comfort, says Alan Cummings, former associate director of facilities operations at the university. Stanford’s primary objective was to select a window film with high light-level transmission and heat-load reduction. The need for a window film that would not appear reflective also was important. The traditional architecture of the campus precludes using reflective glass, even on the newest buildings.

Conventional mirrored and tinted window films do prevent some solar heat loading, but they cannot transmit high levels of light. Spectrally selective film freely transmits daylight while blocking the near infrared and ultraviolet portions of the sun’s spectrum. Tinted films might reduce heat gain but darken building interiors. Spectrally selective film is virtually clear, so it does not change the color of existing glass.

Stanford chose V-Kool, and over the past several years, the university has applied the window film to 20 building facades totaling 120,000 square feet, facing south, west and east.

In 1998, the university completely renovated Encina Hall – an administration building that originally was constructed as a dorm in 1891. The university applied more than 6,000 square feet of film in June 2003. The building has a Btu meter reading of 225 and 5.71 hours a day of peak load. Cooling Encina Hall without the film would have cost the university about $66 per day, while cooling it with the film costs about $34 a day.

The building also uses less energy after installing the film. Energy-use reductions on all buildings with film resulted in more than $900 in monthly energy savings and almost $5,000 in annual energy savings. The project cost about $43,000, which is a nine-year return on investment.

V-Kool applied window film performs like solar-control replacement glass with a daylight transmission of 70 percent and a shading coefficient of 0.51. The higher the daylight transmission, the more light that passes through. The lower the shading coefficient, the lower the solar heat gain. V-Kool also blocks 99 percent of damaging ultraviolet light that causes fading. The film has a scratch-resistant coating on one side for durability and an adhesive coating on the other, allowing retrofit applications on various types of glass. 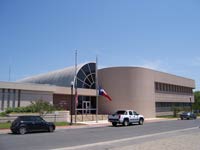