Wright Commissioning, an MBE / WBE and the region’s only independent building commissioning firm, is pleased to announce that it has been named the commissioning authority for three major projects on the campus of Drexel University:  The Study at University City, the Korman Center expansion, and the Center for Automation Technology renovation.

“The University demands peak performance from their buildings,” said Will Wright, President of Wright Commissioning. “Our job is to ensure that the building systems in each of these structures is running as efficiently as possible and meets or exceeds Drexel’s exacting standards.”

Slated to open this fall on the corner of 33rd and Chestnut, The Study at University City is a 145,000-square-foot hotel with 212 rooms, 7000 square feet of banquet / meeting spaces, a 105-seat corner restaurant and bar, and fully-equipped fitness center. Designed by Philadelphia architects DIGSAU and constructed by P.Agnes, the hotel is geared for a university / cultural center market encouraged to “read, rest, reflect.” Bala Consulting and DeSimone Consulting are the MEP and structural engineering firms for the project. The developer of the 10-story hotel is Hospitality 3, a hotel development company with an impressive resume of hotel projects worldwide including a similar hotel at Yale University. Commissioning is ongoing with construction, the ideal method for achieving optimum building system performance.

In the fall of 2017, a new Korman Quadrangle, located between Market and Chestnut Streets and between 32nd and 33rd Streets, is expected to be completed featuring an inviting campus green with seating and landscaping that leads directly to a renovatedKorman Center.  The renovation appends a new two-story glass solarium to the main entrance of the 1958 brick and stone landmark building, and incorporates 9000 square feet of common space in its interior with student lounges and second-floor classroom spaces. Wright is working with Gluckman Tang Architects, Keast & Hood structural engineering, Dimitri J. Ververelli MEP engineering and Bittenbender Construction. The new quadrangle was designed by Andropogon Landscape Design. Technical commissioning is ongoing for the new construction.

Drexel’s Center for Automation Technology (CAT) will soon be home to new wet research laboratories for the departments of chemistry and physics as well as for the Institute for Energy and the Environment. The four-story, 68,000-square-foot facility on Market Street between 31st and 32nd Streets was constructed in 1990 and currently contains labs, offices, conference rooms, auditorium and suite for the dean of the College of Engineering.  Phase one of the three-phased CAT Lab renovations began in June and the project is expected to be complete in late 2018. Wright is working with Nalls Architecture, Dimitri J. Ververelli MEP engineering, Orndorf & Associates structural engineering, Midpoint Estimating and Bittenbender Construction. Fundamental and enhanced commissioning is ongoing with the renovations and includes testing of HVAC, building automation, mechanical, electrical, plumbing, fire alarm and sprinkler systems.

“By including Wright Commissioning at the beginning of a project, Drexel has allowed us to maximize our impact,” said Kim Wright, CEO of Wright Commissioning. “Careful planning and an intelligent, transparent process have made the University an ideal client, particularly on these complex projects.”

Based in University City, Wright Commissioning has considerable experience with Drexel buildings, having completed commissioning projects at the Edmund D. Bossone Research Center, 3101 Market and others.  Additional college and university clients include the University of Pennsylvania, Temple, Haverford, Swarthmore, Princeton, Rutgers, and Rowan among others. 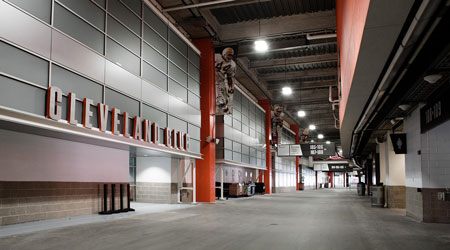