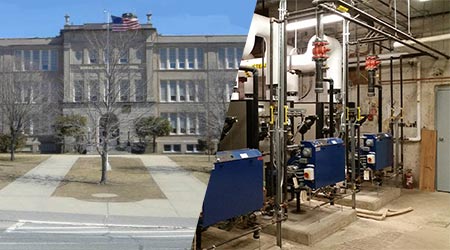 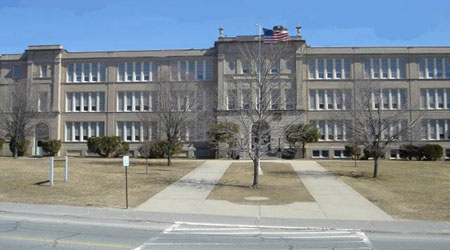 Built in 1923, Elm Street first served as a high school, but over the course of many years the district converted the facility into an elementary school. Today, the 130,000-square foot facility houses more than 500 students (see exterior photo).

“Our heating system consisted of two nearly 20-year-old boilers that were in constant need of repair,” said Robert O’Brien, director of facilities, Gardner Public Schools. “We found ourselves changing out cast iron sections on an annual basis. In addition to the maintenance issues, we wanted to decrease our overall heat load.”

To assist with project funding and help cover boiler replacement costs, the school applied for and received a green repair grant from the Massachusetts School Board Authority (MSBA). The MSBA Green Repair Program offers districts the opportunity to repair or replace roofs, windows, and/or boilers in public school facilities that are otherwise structurally, functionally, and educationally sound.

With funding in place, the school selected MacRitchie Engineering, based in Braintree, Mass., which provides HVAC, plumbing, and electrical design services, to handle the boiler replacement.

“We sought a dual combination gas and oil commercial boiler and Weil-McLain was my primary choice,” O’Brien said. “We also wanted units with the ability to modulate with a control package that could be implemented into a building management system. 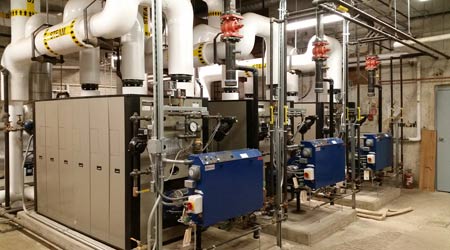 “We received three competitive offerings when the project was put out for bid and we chose Weil-McLain because the equipment had the best load-matching characteristics."

The Weil-McLain 88 Series boilers offer up to 85.7 percent thermal efficiencies, are operational in single or multiple systems as gas, oil or gas/oil, and feature modulation control.

The old oil-fired burners were removed and replaced with the Weil-McLain dual fuel boilers and configured with gas as the main fuel source and oil as a backup. Each boiler was installed with its own pump plus a common manually valved standby pump.

The project was completed and the units were placed in operation in October 2015.

According to O’Brien, the installation went smoothly and the school already is experiencing benefits.“We expect to save anywhere from 20 to 25 percent of our fuel costs with these new boilers because they are more energy efficient, feature low-range pressure controls, and have the  ability to modulate,” he said.

Modulating burners are designed to control the burner output to match the boilers’ variable load requirements to ensure maximum combustion and boiler efficiencies during large heating demands. The modulation feature also has decreased the system pressure.

“Thanks to modulation, we reduced the amount of operating pressure from about 10 pounds on a cold day to about 5 pounds,” O’Brien said. “Dropping the pressure created a lot of savings, yet we are still maintaining the temperature inside the building so that’s a definite plus.”

Other benefits O’Brien and building staff are realizing include the adoption of a building management system that will send notifications via email and sound an audible alarm in the school if an issue should arise.

“If a boiler burner should misfire, for example, I immediately get an email and an audio alarm goes off in the school,” O’Brien said. “This alerts school custodian staff that an issue is happening, and it’s an important safety feature to have.”

The expected duration and life of the boilers are another plus, he said. “The life expectancy is typically 30 or more years for these boilers."