WaterFurnace Presents USO of Indiana with Check for a Record $38,000

The United Service Organization (USO) of Indianarecently received a donation of $38,000 from WaterFurnace International, Inc., the leading manufacturer of geothermal and water source heat pumps. This amount, raised by WaterFurnace and its suppliers, represents the largest single contribution to the nonprofit military support organization. Carl Huber, WaterFurnace vice president of corporate quality, presented the check during a Nov. 14 news conference at the company’s corporate headquarters in Fort Wayne, Ind., where he was joined by members of the 122nd Air National Guard, WaterFurnace employees and dignitaries from the USO.

“Once again, we’ve been fortunate to be able to present a check to the USO,” said Huber. “We're proud to have such a close partnership with the USO of Indiana as well as the 122nd Fighter Wing. We thank our valued suppliers for joining us in our fundraising efforts.”

WaterFurnace raised the proceeds during its 28th Annual Supplier Golf Outing, held Sept. 7-8 at Brookwood Golf Club, Fort Wayne. In addition to fundraising activities on the course, the outing also included a silent auction for a variety of items donated by local businesses.

According to the USO, most of WaterFurnace’s donation will help provide programs and resources to military personnel throughout the state of Indiana. WaterFurnace has raised nearly $225,000 for the USO of Indiana since 2008.

Additional information about the Company and its products is available at www.waterfurnace.com. 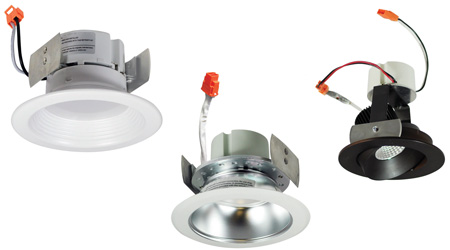 Nora Lighting Expands LED Retrofit Downlight Line-Up with Solutions for All Sites
WaterFurnace Presents USO of Indiana with Check for a Record $38,000