Building owners and managers can now realize the benefits of the Otis CompassPlus destination management system in advance of a complete modernization of their existing elevators. The Otis CompassPlus system can be installed before or during an elevator modernization project, providing increased passenger efficiency, seamless security integration and a new customizable, contemporary design. Otis, the world’s leading manufacturer and maintainer of elevators, escalators and moving walkways, is a unit of United Technologies Corp. (NYSE: UTX).

Otis has installed CompassPlus destination management systems in more than 250 cities spanning 55 countries. Now, elevators of many makes and models, including non-Otis products, can benefit from Otis’ innovative and customizable technology at any stage of a modernization project.

The system gets passengers to their destinations as much as 50 percent faster than conventional dispatching systems. It also works seamlessly with the building’s security system to manage floor access.

“We worked closely with key customers and discovered the need for a custom-engineered destination dispatching solution at the beginning of the modernization process,” said Robin Fiala, vice president, New Equipment Marketing & Strategic Planning, Otis. “After installing the CompassPlus system upgrade as the first step of the modernization in key cities around the world, we found people adapted quickly to the new intuitive design. In fact, they didn’t notice when cars were taken out of service for upgrades due to the improved performance CompassPlus provided.”

“One of the reasons Sidra Real Estate chose Otis for the elevator modernization at 180 Montgomery Street was the CompassPlus system,” said David Barry, President of Sidra Real Estate, Inc. “When we learned we wouldn’t have to wait to get it until the modernization was over, that was an added benefit. The tenants adjusted quickly to the new destination experience, and we found that during the modernization, three elevators worked more effectively with CompassPlus than four with our conventional system. No more long lines in the lobby every morning.”

The passenger interface for the new CompassPlus touchscreens and touchpads were redesigned to produce a stylish, intuitive system. The user interface can be customized to meet each building’s design needs with new colors and fixture options available. Using SmartGrouping™ technology, CompassPlus destination dispatching organizes passengers by destination to get them there faster with fewer stops. Passengers going to the same floor are assigned to the same elevator, and Otis’ SmartGrouping technology also assigns elevators to serve adjacent floors. The CompassPlus system directs elevators where they are needed, eliminates duplicative stops, and puts elevators in standby mode when not needed — delivering passengers to their desired floors more efficiently and measurably reducing overall energy consumption. Otis can provide specific improvement scenarios for any building with OtisPlan+ simulations. 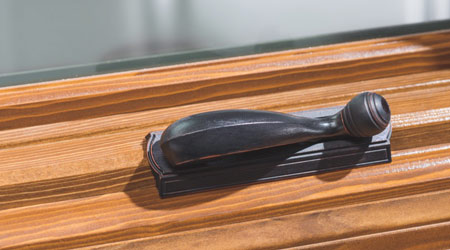