Organizations of any size can reduce water consumption costs by implementing water-saving technologies and properly maintaining existing systems. Larger organizations, however, have a greater potential for savings.

With more than 300 facilities, Holiday Retirement Corp., headquartered in Salem, Ore., provides residences to seniors. Its efforts to curtail water costs have saved the organization millions of gallons of water.

“Water conservation is another way for us to help control rent costs for our seniors so they can afford to live with us,” says Paul Glaunert, Holiday’s director of maintenance. “If we didn’t make efforts to minimize water consumption costs, our seniors would have to pay for the higher costs through their rents.

During the past four years, Holiday’s maintenance department has retrofitted many of its facilities with low-flow toilets.

Ken English, project coordinator for capital improvements, has overseen retrofits in 20 of the buildings, which involved replacing up to 250 toilets in each building. Before the retrofits, some restrooms had 3.5-gallon tanks or, in a few cases, 5-gallon tanks. The new fixtures are flapperless, 1.6-gallon toilets.

English considers several factors in determining which facilities should be retrofitted first. For example, most retrofits have been done in areas where water utility costs are higher, such as California. English also researches rebate opportunities from local municipalities.

“We often receive some good rebates that help us get approval for projects,” he says. For example, the organization might be eligible for a $10,000 rebate for a project that costs $30,000.

Most of the retrofits have been to buildings the organization acquired in the early 1990s that were built in the 1970s and 1980s, before 2-gallon toilet tanks were standard equipment. Also, many of the original toilets in these buildings have problems, such as leaky flappers.

“If you have a leaky flapper, you might be flushing 5 gallons of water each time,” English says.

The flapperless units that English installs are designed to prevent leaking seals. Unlike most toilets, a flapperless unit doesn’t use a chain, lever and flapper system to empty the tank’s contents into the toilet bowl. Instead, it uses a water reservoir bucket inside the water closet. When a user flushes the toilet, the contents of the reservoir bucket are released into a specially designed bowl, creating a surge of water that results in a powerful flush.

“You have to make sure you cover every detail,” he says. The process includes securing contracts with vendors, arranging delivery and pick-up of Dumpsters, and making plans for an inspection.

”To receive the rebate, you need to have the inspector come out and verify that you have installed the new toilets,” English says. “You have to save the lids of the old units to show that you switched them out. After that, you have to follow-up a month later and make sure you have your rebate.”

English often hires a contractor to replace the toilets. Usually, changing all of a facility’s toilets takes about six days.

”Having a contractor who does good work for a reasonable cost is important, but, because the technicians doing this work are in someone’s home, you also want to make sure they are understanding, respectful and act very classy,” he says.

Technicians might talk with residents in every apartment to answer questions about the new fixtures.

“Those discussions slow down the process, but it comes with the job, and they understand that when they come in,” English says. After the retrofits are done, English makes time to address any tenant concerns.

“The new unit is so different from the one that they’ve been using for so many years, and sometimes change isn’t accepted well,” he says. “But for the most part, it’s a clean transition. I have received a lot of calls from residents saying this is the best thing we’ve done.”

The biggest benefit, however, comes with the utility bills, English says.

“You might have a $2,500 bill each month, and then you see that it is down to $1,600,” he says, adding that the reduction is often due to the toilet upgrades, as well as other plumbing retrofits, such as changing the shower heads from units that use 2.5 gallons per minute (gpm) to 1.75 gpm, and upgrades to the irrigation systems.

Managers at Holiday also have been taking a closer look at their facilities’ irrigation systems and making improvements to curtail water waste.

“We’ve been re-evaluating the entire sprinkler systems,” says John Bosse, Holiday’s senior area maintenance director in charge of maintaining 24 buildings. “We have been changing the heads, plugging off some heads, looking for leaks, and checking all the valves and back flows to make sure we’re not losing any water.”

”We’re saving, on average per facility, between 750,000 and 1 million gallons of water a year just on the irrigation,” he says.

Most of the measures Bosse has taken are relatively simple.

“It’s amazing how easy it is to save a lot of money and a lot of gallons of water,” he says. “By replacing a 3-gallon head with a 2-gallon head or just changing your sprinkling cycle or decreasing the amount of times your sprinkling, you can save a ton of water.”

He encourages managers to walk their properties at least once a week and immediately address signs of irrigation problems.

“We have had some properties where the water shoots up 6 feet in the air, and we wonder how long has it been doing that,” Bosse says.

One of the biggest challenges during an evaluation of the irrigation systems can be finding the valves. This can be a particularly challenging task when no irrigation drawings are available.

“Over time, the valves get covered with dirt, and grass grows on top of them,” he says. “Sometimes, they are 6-8 inches deep.”

One solution is to rent a valve locator. If managers plan to use the locator often, purchasing one might be cost effective, he says, adding that a locator cost about $700. Workers also can use low-voltage testers to track the valves’ wires.

“We send a sound through the wire and use headphones and a wand to locate the head.”

Once workers identify the valves’ locations, it is a good idea to create a map for future reference. Changing the valves and sprinkler heads is a simple job, Bosse says.

“We have a 26-acre property that took us about a week and a half to go through everything,” he says. “Now, that property is saving 2.5 million gallons of water” annually.

The average cost to retrofit one of Holiday Retirement’s irrigation systems is $1,500-$2,000, Bosse says. While the time a facility recoups its costs can vary because water costs vary, many of Holiday’s properties have recoup their costs for irrigation system retrofits within a couple months.

Managers can reduce retrofit costs by training their in-house staff to complete the tasks.

One of the easiest steps managers can take to reduce water use is installing a rain gauge, Bosse says. The gauge shuts the sprinkler system down when it rains and turns it back on after rainfall evaporates.

“It’s a $20 part that takes about 10 minutes to install and can save you half a million gallons of water a year and thousands of dollars,” Bosse says. “Our typical property has about 1,000 sprinkler heads that run 3 gallons a minute. On just one rainy day, it can save 30,000-50,000 gallons of water.”

By combining simple measures with new technology, organizations can make significant reductions in water use and costs. 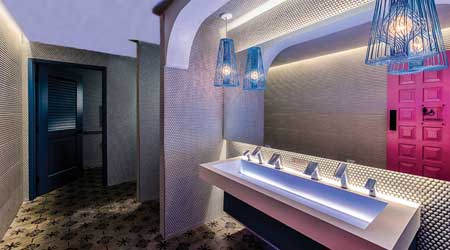 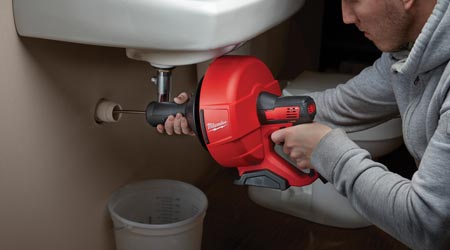 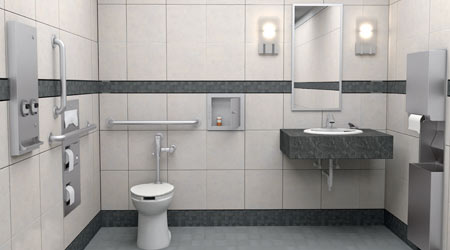