Benchmarking Energy Use with Mike Zanghi

Mike Zanghi, director of facilities with Highland Hospital in Rochester, N.Y., discusses his experiences with benchmarking the hospital's energy use. 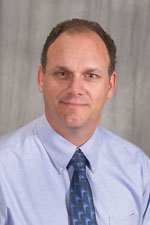 You benchmarked the hospital's energy use with Energy Star's Portfolio Manager. What type of data did you need to gather for this process?
There are general questions about the type of facility – in our case, the hospital. Then there are questions based on the building type, like number of hospital beds and whether there is an on-site laundry. Then we needed to enter our facility’s square footage. The final step was adding the meter data – electric and gas. The meter data is taken right off the utility bills, both energy units and dollar amounts.

What did benchmarking uncover about the hospital's energy use? What actions did the hospital take to address its energy inefficiencies?

Energy benchmarking was one of the first things I wanted to do when I came to the hospital several years ago. Fortunately, it showed that our facility was ranked in the top 20 percentile of hospital facilities, and we were eligible to apply for Energy Star.

This validated the work done over the last 10 years, such as lighting retrofits, chiller upgrades and operational improvements. Now we are looking at different means of reducing our energy consumption, such as boiler-oxygen trim and demand-control ventilation. These methods have longer paybacks and are harder to justify in a capital constrained environment.

Now that you have established a baseline, what role does benchmarking play in monitoring and assessing ongoing energy use?

We continue to benchmark, and we have submitted our application for Energy Star in 2009. Even though we are still Energy Star eligible, we have seen a slight downward trend in our ranking. We have been reviewing our operations to see why this might be the case. One idea is that with a number of major renovations, we have increased the intake of outside air, which requires more energy to move and condition.

What role does benchmarking play in justifying capital for underperforming or inefficient building systems and components?

At the last facility that I worked at, a low score helped justify a greater than $1 million upgrade of chillers and air handlers. Your Energy Star rating is a metric that your administrators and financial types can relate to. The ranking is on a 1-100 scale. I would recommend that facility engineers looking for upgrade dollars should know their rating before going to their boss.

Can you talk about the hospital's relationship with the New York State Energy Research and Development Authority (NYSERDA) and its role generating funds for projects to improve energy efficiency and overall operations?
The hospital has worked with NYSERDA on many occasions. The lighting retrofit that I discussed earlier was partially funded by NYSERDA. We also get rebates on small projects like individual motor and drive replacements when we buy energy-efficient models. Most recently, we received NYSERDA funding for lighting retrofits in our parking garages. This money was part of the federal stimulus package. Ultimately, the NYSERDA money shortens the payback period for the project and increases the likelihood that capital will be allocated for these projects.