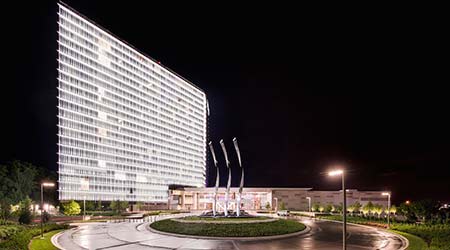 The building’s vibrant white aluminum and concrete exterior complements the white marble used in many of Washington DC’s iconic buildings, without overwhelming the region’s historic architecture.

MGM desired a welcoming, thoughtfully illuminated building and property, including an even wash of light on the hotel tower, which was to be primarily a vision glazing curtain wall system. It was important for façade lighting to be dense enough to create an effectively and evenly-lit tower exterior at night, while allowing a clear view from inside guestroom windows with minimal light spill into the rooms. In addition, there were limited mounting positions available from below that would allow for floodlighting the facade.

The solution was to create a customized series of exterior-rated linear LED fixtures which were integrated into the triangular sunshade fins that protruded from the façade at each floor slab. Each fixture uplights the frit and shade directly above it, minimizing any shadowing between the shade and the glazing, and on the frit pattern. At the corners of the building, directional kick films were applied to spread light the entire length of the fins.

In addition, each Dyno Drum HO fixture carries Acclaim’s Aria wireless DMX technology inside. The Aria transceiver can act as both the sending and receiving point and has 15 channels on the 2.4 GHz band. The internal wireless radio features both automatic networking and signal routing optimization to ensure the best possible reception of DMX data to customize and change lighting schemes. 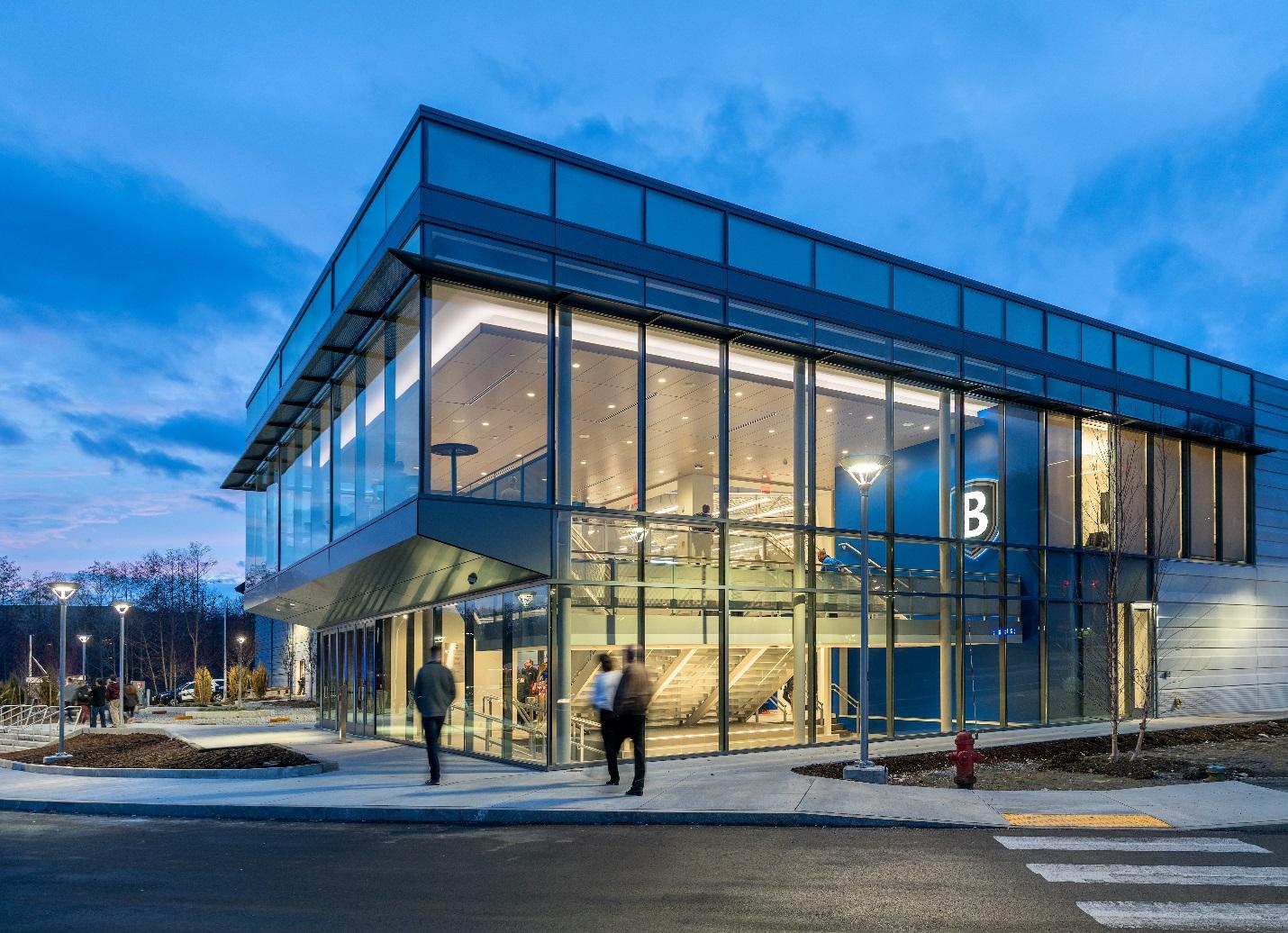 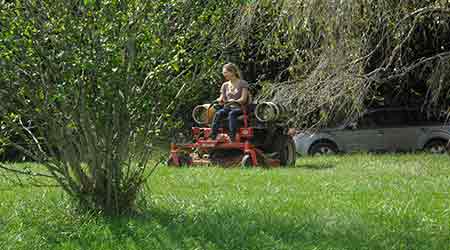 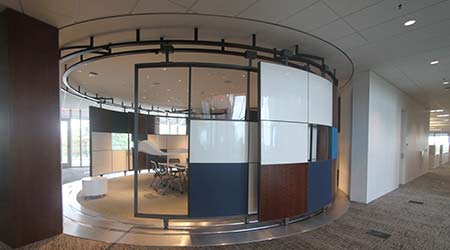 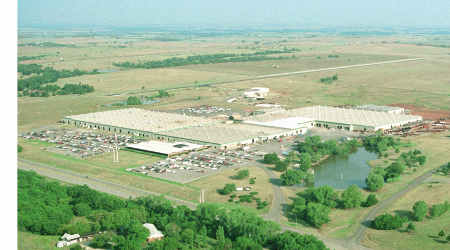