Indoor air quality (IAQ) remains a topic of discussion in many institutional and commercial facilities as the general public pays greater attention to the role buildings play in both environmental friendliness and the health and comfort of occupants and visitors. For some building occupants, though, IAQ is more than a topic of conversation. It is a critical health consideration. Consider the case of two schools in Laurel Bay, S.C.

Run by the U.S. Department of Defense, Laurel Bay is made up of more than 1,000 homes near the Marine Corps Air Station and Parris Island bases. Its two oldest schools — Galer Elementary School and Bolden Elementary/Middle School — serve children of military families living on the bases, according to an article in The Beaufort Gazette. The military disputes that the school buildings impacted staff members’ health, pointing to tests done in 2011 and 2012 that showed no dangerous levels of a known carcinogen, according to standards set by the U.S. Occupational Safety and Health Administration.

Learn more about the most common sources of IAQ problems.

But under different standards set by the U.S. Environmental Protection Agency, three rooms in one of the schools had excessive levels of benzene. Experts say EPA standards are more protective of students’ and teachers’ health than OSHA’s. An exact number, or even an estimate, of Laurel Bay teachers who had serious medical conditions while working in the schools was unavailable. Neither union officials who represent the staff members nor a spokeswoman with the Department of Defense schools division would provide an estimate to the Packet and Gazette in 2010.

Read about the role of technology and training in preventing IAQ issues.

“The investigators indicated higher-than-average breast cancer diagnosis in the years prior to the study,” says Department of Defense Education Activity spokeswoman Elaine Kanellis. “No other major medical trends have been reported recently.”

In 2010, a number of teachers and other staff at both Galer and Bolden schools approached their union, alarmed by the number of employees being diagnosed with serious illnesses and infertility issues. About 80 staff members worked in the two schools around that time. The military said it did not know how many employees requested an investigation into the schools, though Kanellis told the Packet and Gazette that the number is “believed to be as many as nine.”

In the summer of 2010, the South Carolina Department of Health and Environmental Control ruled out contamination at the schools from drinking water or asbestos.

Worries about the schools reappeared last January. That is when the wife of a U.S. Marine previously stationed at Parris Island posted the YouTube video, describing the 2015 leukemia diagnosis of her daughter, Katie Whatley. Amanda Whatley’s family lived on Laurel Bay from 2007 until 2010, and she questioned the connection the base played in her daughter’s diagnosis. 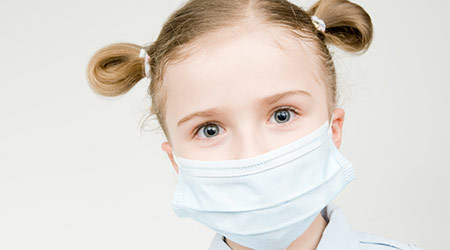