Over time equipment breaks and buildings can fall into disrepair. Many institutional and commercial facilities have struggled for decades with the effects of deferred maintenance, and the struggle is not getting easier.

The Mitchell Park Domes conservatory, a collection of three glass-clad domes and a building that connects them, was built over a six-year period in the 1960s and quickly became a Milwaukee landmark.

During a recent tour, facility director Sandy Folaron pointed out several buckets that catch leaking water and exposed rebar in the concrete structure of the Tropical Dome.

In January 2016 the facility was temporarily closed because of falling concrete pieces. It reopened the same year after officials installed $834,000 of wire netting to protect the public, according to a report from Fox 6 in Milwaukee.

The $834,000 protective netting is almost two years into its five-year warranty.

"That’s three years before there will have to be some serious dialogue," Folaron said while standing in the Desert Dome, which features $2 million of cactus and other plant life and is the most structurally distressed of the three Domes. "This is a band aid. This is only meant to keep the public able to access the conservatory while we decide what our future is."

Some frequent visitors have learned to bring umbrellas with them because of the leaking water, Folaron said. Guests in wheelchairs have careened into plants because of the steep grade of some pathways, she added.

"Do we have energy efficiency here? Nope. Do we have anything that would be sustainable in industry standards? Nope," Folaron said. "We are stuck in the '60s here."

A consultant from the firms HGA, Inc. and ConsultEcon, Inc. gave wide-ranging options that included: a tree canopy walkway in one of the Domes, a restaurant, an insectarium and many more.

The options also included simply renovating the deteriorating structures, or tearing the Domes down and finding another use for the land. 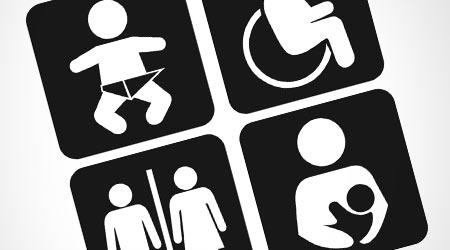