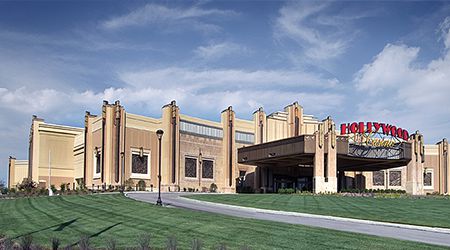 Just-in-Time Energy Savings a Sure Bet for Casino

Penn National Gaming’s Hollywood Casino in Toledo, Ohio, which opened to the public on May 29, 2012, was the second of only a few planned casinos in Ohio. When considering options for the casino’s HVAC system, an ability to provide savings in energy costs and meet a fast-track construction schedule were critical factors. Ground was broken for the project in August 2010 and construction was completed in mid-March 2012 — three weeks earlier than the targeted completion date.

The casino has 21 Daikin McQuay RoofPak systems with energy recovery and three single-compressor Magnitude centrifugal chiller systems. These were installed on a just-in-time, staged basis over a three-week period in June 2011. Other energy-saving design features of the facility include high-efficiency pumps, boilers, a building automation system, variable speed heat pumps, and significant use of LED lighting.

The main HVAC systems use a four-pipe system with Daikin McQuay variable-air-volume (VAV) rooftop air handler units that have total energy recovery wheels. In addition, 276 VAV boxes control individual HVAC zones within the building. The energy recovery wheels in the McQuay rooftop units draw outside air across one-half of the wheel while drawing exhaust air across the other half. This transfers sensible and latent energy between the ventilation and exhaust air, allowing heat to be recovered during the winter months and allowing for free cooling during the summer months.

The McQuay rooftop units have a supply air temperature reset to save on piping and boiler usage. The system uses gas heat in the rooftop units to an advantage on the casino floor. Most rooftop air handling units have a supply air reset, but the casino is programmed with additional logic in the system to warm air up in lieu of reheat coils on the large gaming floor. Some of the perimeter zone VAV boxes have reheat coils to ensure heating if the main units deliver cold air. 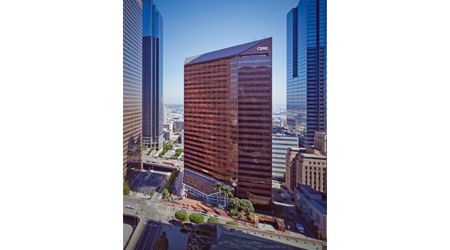