“Water-source VRF systems can be more energy efficient since there are two heat exchange loops, one on the refrigerant side and one on the water side,” Chatterton says. “Water-source VRF systems will also require a boiler and a cooling tower or air-cooled condenser to maintain the water loop temperature. These can be extra pieces of equipment that will need to be maintained as well as the required pumps.”
For this reason, explains Ho, although water-source systems ultimately offer greater efficiency, initial costs for them can be “quite a bit more” than those for air-source systems.

Climate can be a determining factor in deciding whether to select a water-source or air-source system, according to Ho. For example, in very arid climates such as the Southwest, local codes may prohibit the use of a water-source system. Water-source systems rely on evaporation to reject heat, and in places where water is very scarce, “this is potable water that they would rather use for people,” Ho says.

Because refrigerant is being piped around the building, the risk of a refrigerant leak has to be kept in mind. Care should be used in specifying large capacity outdoor equipment to ensure compliance with refrigeration concentration limits per ASHRAE standards, says Oylear.

He points out that “ASHRAE standards 15 and 34 set guidelines for refrigeration concentration limits,” which address the maximum potential refrigerant leak. If there were to be a leak in the refrigerant piping, all of the refrigerant would leak into the space adjacent to the leak. That means the size of the system and the volume of the space it’s servicing must be taken into account. So while, for example, refrigerant in a 5 ton system does not usually pose problems, with larger systems, perhaps 14 or 20 tons, there is a risk of a larger amount of refrigerant leaking into a single, confined space, says Oylear.

Chatterton says that it’s “very important” to “design to ASHRAE 15 standards.” He says that’s especially true in buildings such as hotels, where occupants may be sleeping. “Providing refrigerant detectors in these locations is a good practice,” he says.
To provide outside air, VRF systems may also have a separate dedicated outdoor air system. That system typically provides air at 70 to 75 degrees Fahrenheit with a maximum of 55 percent relative humidity, says Chatterton.

Today, VRF systems are available from many manufacturers. That means facility managers need to assess the options carefully, according to Ho, because systems have different piping schemes and different elements. As a result, Ho says, each manufacturer offers “one complete ecosystem you have to buy into. Once you’ve designed around one system, it’s hard to switch manufacturers” because another system may have “different space requirements or piping considerations.”

Angela Maas is a freelance writer who covers facility management topics. She is the former managing editor of Building Operating Management. 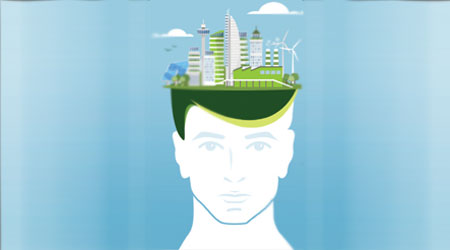