The effects of the flooding have gone beyond the components and layout of buildings. They also include changes in processes and operations, especially the role of the maintenance department flood response training.

"But we knew we had to have a better way. So we went to work and continually updated our flood emergency response plan. We realized that we needed some type of organization that everybody would understand and contribute to. We got very busy and trained a large number of people on the national incident management system process. Every spring, we also run practice drills.

"Every spring, we'd practice building different barriers, sometimes a single line, sometimes two deep, sometimes stacking them for practice. Other times, we would build them at 45 degree angles or 90-degree angles. We would build some of them like a swinging gate so we could have openings until the last minute to allow equipment in and out. When we started doing these spring practices, we realized that we would need enough of these barriers that we would have to have partners. So we have worked at every spring practice with a contractor group partner to practice building these things. We also have installed flood-control walls. They are literally portable walls we can install at a moment's notice. These portable walls have posts that can be as high as 12 feet.

"We had an exercise last summer where we were responding to a 2013 flood event that didn't turn into as much as 2008 (flooding) did," Heater says. "In 2008, our primary response was from our flood emergency response plan that identified seven areas on campus that were lower along the river that needed to be protected by sandbag barriers to protect us against a 100-year flood event. We put out about 25,000 sandbags, primarily using internal staff."

One key transition in the university's floor preparation and response involved the process of using sandbags to hold back rising waters. A new system replaces sandbags more substantial structures that responders can move and stack relatively quickly.

"It is a 3-foot by 3-foot by 4-foot-tall wire basket with a burlap sack inside it, he says. “You fill the sack full of aggregate, and sand is a nice aggregate because it creates a nice, dense package. They come in 15-foot links, so there are five baskets per link, and you connect these links. In some cases, we build them in a pyramid shape of three links, two links and one link.

"After practicing in 2013, we were able to put it all together in one episode. We installed just over 50,000 linear feet of the barriers stacked in some areas as high as 12 feet, and we installed over 1,000 feet of flood-control walls, and we did it all in four days. We only used campus employees and our contractor partners to do this. We did not need volunteers because there was such a safety risk involved and logistical risks involved with something like that." 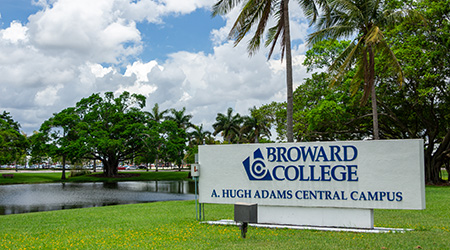 How to Maximize Mowing for a Good First Impression 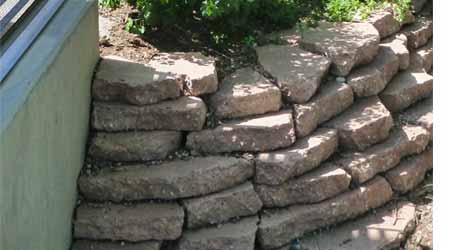