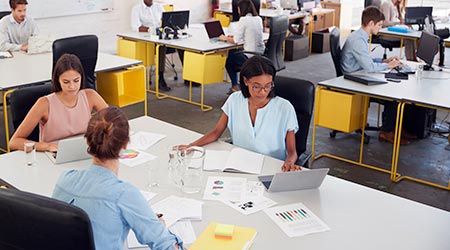 The death of the open office has been greatly exaggerated, according to a recent article in The Chicago Tribune. The story rounds up a variety of technological advances that are leading open office designs, transitioning them from dissonant, distractive spaces to productive and vibrant catalysts for collaboration.

Data is the key – specifically data that allows facility managers and designers to learn about workers’ needs and the way they use offices. Workers have so many choices, including telecommuting, that if an office space isn’t inviting, they simply won’t use it. But get it right, and the result is happy, productive occupants.

In one of its offices, the design firm Gensler uses employee survey data, infrared cameras, the location of Wi-Fi logins, security badge-ins, and even email traffic to study the way its employees use the office. The company uses this data, such as where people gather for informal meetings, not just to tweak its own office but to apply the knowledge to spaces it designs.

Office designers also are studying a concept called activity-based working in which employees don’t have assigned desks. They just work in the space in which they’re most comfortable for the task at hand. Again, sensors around the office collect data and provide a picture of the way employees use spaces. Part of this strategy – or simply another name for it – is hot desking, which we covered in a QuickRead. Not everyone is a fan of this approach, though. Some people still want their own spaces.

Another potential hurdle to this new era of data and design is privacy concerns. Workers often wonder if Big Brother truly is watching them as they go about their work. But as technology continues to improve, forward-thinking companies have more tools in their belts to get open office design right. 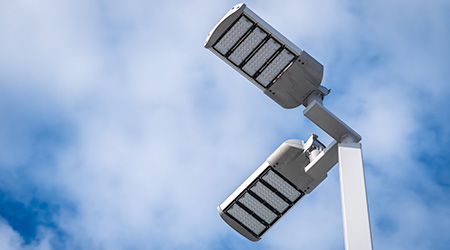 Power Outage and the Impact of Planning