Second of a two-part article profiling Shane Riggio, vice president of IT at Macerich.

To see how Riggio’s approach works, consider the smart building infrastructure program at Macerich. The goal of that ambitious program, says Riggio, “is to deliver property-based solutions over one robust, secure, converged network.” Those solutions run the gamut from energy management systems and video surveillance to digital signage, WiFi, and VoIP. The idea is to have those applications operating on a single copper and fiber backbone. “This was largely possible due to CCTV and EMS solutions maturing to become TCP/IP based and allowing us to converge onto one secure, robust network,” Riggio says. The program is a way to keep up with technology developments like the emergence of the Building Internet of Things and the move to IP-based facility systems.

The smart building infrastructure program has helped Macerich use data from facility systems to achieve operational savings and to earn recognition for sustainability practices, Riggio says. For example, the centralized platform uses fault diagnostics to compare different properties in the same region. That analysis reveals abnormalities — “blips in the radar,” as Riggio puts it — that would otherwise have been missed but that can be addressed quickly.

Riggio’s staff has developed IT requirements for each of the converged technologies. “Every one of those applications will have a separate set of requirements that’ll get revisited twice a year to make sure that we’re current,” Riggio says.

To provide the specialized knowledge required, Riggio’s staff includes experts in areas like energy management and security — Riggio has a video surveillance specialist with 30 years experience and a master’s degree in criminology. “We slowly started to develop a stable of experts with niches,” Riggio says. “We’re trying to keep pace with the business, so if we’re striking a deal with a cell phone tower company, we have someone who could step in and help with the negotiation. To steal a line from Wayne Gretzky, we want to skate to where the puck is going.”

Venne lauds Riggio’s strategy of having subject experts on the IT staff, noting that one IT employee also knows quite a bit about mechanical equipment, which was a pleasant surprise to Venne. And if IT doesn’t have someone with a specific skill, Riggio will make sure that someone on the staff develops that skill, Venne says.

But all of those technology issues are only half of the story of the smart building infrastructure program, as far as Riggio is concerned. The other half is the business side — the relationship side — where the program helps bridge the gaps between departments.

Imagine a redevelopment project where the marketing department has a budget for digital signage and the security function has money for video surveillance. Under the smart building infrastructure program, those two departments, along with others like property management and sustainability, would get together to decide whether the property as a whole would benefit from an investment in a converged backbone for a range of operational applications — an opportunity that would never have been noticed if each department had focused solely on its own separate budget and scope rather than sitting down as a group and collaborating.

It’s taken years for Riggio to develop the smart building infrastructure program. Today, the value of technology is more widely accepted. “Now the question becomes, ‘Are you building a Ferrari when we need a Ford?’” Riggio says. “It’s always hard to balance future needs with current cost.”

Win-win
Make no mistake, cooperation and relationship-building are good for IT. “Generally speaking, IT no longer offers the same value to a company we did a few years ago,” Riggio says. “A lot of what IT used to do has been automated and, if not, commoditized. I believe in order to keep IT’s value to an organization, we need to first understand the business we’re supporting.”

A focus on supporting business needs can help justify keeping in-house some IT functions that might be outsourced in other organizations. “In-house IT project management is key to establishing relationships and preserving continuity amongst our various departments,” says Riggio. Those relationships, combined with in-house subject matter experts in areas like video surveillance or energy management, enable Macerich IT to provide scalable solutions and reap savings from volume purchasing.

“We’ve always taken pride in being a progressive IT department,” Riggio says. “There is more to IT than just fixing laptops or desktops.”

It’s worthwhile for facility managers to keep in mind that a good relationship between their department and IT is a win-win. In too many organizations, facility managers see IT as an obstacle to getting things done. That’s just the opposite of the way IT sees itself. “We don’t want to be a bottleneck,” Riggio says. “We want to be an accelerator.”

So if IT wants to help facility management, why is there so often friction between the two departments?

One reason may be intimidation. Facility managers can be intimidated by IT staffers or vice versa. Good leadership will find a way to bridge that gap, he says. “We all wear the same tee shirt,” Riggio says.

Another source of friction: IT’s reputation of delivering bad news. In those cases, the underlying message from IT usually has to do with what Riggio calls “triple A” issues: access, authorization, and authentication. In other words, who’s accessing what device from where at what time, and is access being achieved in a secure or insecure fashion? Riggio says that triple A issues represent “one of the biggest tug of wars” between the two departments.

Cyber security is a logical area for cooperation. Early in 2017, Riggio’s primary focus will be on “two-step authorization” to improve security in a way that isn’t a big pain for users of facility and other systems.

A second push in the new year will be a whole cyber security awareness program, where Riggio and his staff will teach and educate their colleagues in a fun, non-threatening manner. “We’ll give you some simple messages and send some things out there to educate you in a fun way,” Riggio says. “For example, there are services that will put bogus emails out to the end user to deliberately get them to click on something or forward something, and then they will say that you shouldn’t have done that and here’s what will happen if you do that. We’re going to try to keep it light.”

When it comes to cyber security and other issues, one tangible step facility managers can take to improve the relationship with IT is to bring IT in early on a project that has a technology element to it, Riggio says. “The sooner you bring in IT the better,” Riggio says. Although there is no guarantee that every IT department will be responsive or helpful, every IT department knows, for example that heating and cooling and its maintenance have an impact on the bottom line, he says.

By his own admission, Riggio’s dozen years in IT with Macerich is unusually long in an industry where the average is just around two years. When people ask him why he stays, Riggio has an easy answer.

“I am happy, and I see that the company sees the IT department as a strategic department, so much so that folks are always keeping an eye out for an opening in our department,” he says. “We can provide technology expertise and help push our businesses into the digital age.” 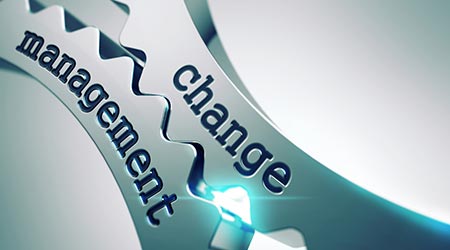