The brain of Bethke’s operational infrastructure is the building automation system that monitors, controls and reports on the operational condition of the school. The BAS continuously gathers electrical data in the form of kilowatt hours (kWh) consumed and peak demand (kW) for evaluation and reporting by the school district. The raw energy data is collected every 15 minutes and communicated to the energy manager’s PC via the facility’s Ethernet local area network. The raw energy data is provided by three Class 2000 E-Mon D-Mon electric submeters.

One submeter is installed on the kitchen panel board and another on the mechanical room panel board. A third unit monitors the lighting system panel. The three-phase meters monitor 200A and 250A circuits, and communicate the data in the form of a pulse output to the monitoring location. In keeping with the facility’s high-performance design philosophy, many of the sustainable systems were intentionally left accessible to public view, including structural and mechanical systems, fire sprinkler risers and piping, data management equipment and building monitoring equipment.

For their part, the submeters provide energy data collection capability that may be viewed as consumption and demand on the BAS display terminal and used as a teaching aid by the school. These potential learning opportunities contributed to the LEED Gold rating under the Innovation & Design Process category’s “School as a Teaching Tool” credit.

From an operations standpoint, the submeters provide an energy management tool that allows the district to monitor and evaluate electrical consumption for potential corrective action should the kWh/kW levels suddenly trend upward. 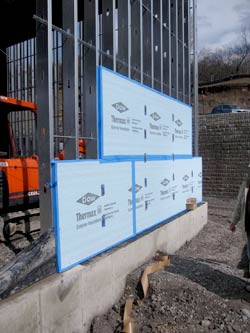 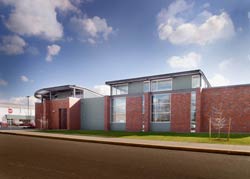