From adjusting setpoints to dimming lights, these strategies can help save energy without affecting occupant satisfaction.
By Greg Zimmerman, Executive Editor   Energy Efficiency
OTHER PARTS OF THIS ARTICLEPt. 1: Internet of Things Can Help Save Energy When It's Most ExpensivePt. 2: This Page

With energy saving technologies in place, it’s time to look at advancing on what is already happening to slash energy in the building. “There’s a fine line between energy efficiency and demand management,” says Ehrlich. Throw in occupant satisfaction and you have a complicated Venn diagram where evaluating trade-offs for the sweetest sweet spot can be challenging. For instance, if you have LEDs, you’re already saving energy on lighting over fluorescents. And if you can dim those LEDs 20 percent and no one notices, why would you ever not dim them that 20 percent? But maybe during load curtailment, you’d dim 30 percent instead, making sure that occupants understand what’s happening and why, and that you’re not affecting their productivity or satisfaction with the space.

Another area where the three-legged stool of energy use, energy cost, and occupant comfort meet is temperature setpoints. In a typical demand-response event, you’d simply raise the setpoint a few degrees, hoping occupants don’t suffer too much. But with more sophisticated HVAC and better zoning, maybe during a self-imposed peak shaving event, you’d close a few conference rooms or other sporadically populated areas (noted by way of a meeting management system that works with the BAS or Building IoT) and cut HVAC to them, while also raising the setpoint a degree or two, or just enough to not impact productivity.

Another strategy that’s been used successfully for years is simply to “pre-cool” a building — that is run HVAC heavily in the early morning hours when power is cheaper and then let the building coast throughout the day. As well, thermal storage continues to gain momentum, says Ehrlich. “Using a chiller plant with an ice bank to shift load is smart,” he says. Turning off non-essential or underused elevators and escalators can have a small impact on peak, as well.

The one piece of the energy pie, however, where doing peak shaving is difficult is plug loads. Difficult, but not impossible, say experts. As HVAC and lighting energy use continue to decrease, plug loads become a higher percentage of the total energy spend. That makes finding ways to cut plug load energy increasingly important.

To shave plug load energy, many of the strategies are operational in nature, says Aamidor. You can incentivize occupants during a voluntary peak shaving event by asking them to unplug cell phones from chargers and run laptops on battery for a few hours, for instance. And then reward them with free lunch when you hit a particular goal of energy cost saved. 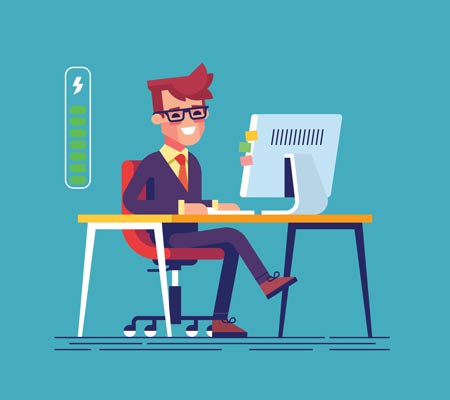 (Incentivizing occupants for cutting energy use — and therefore giving them a vested interest in organizational goals — actually increases occupant satisfaction.)

With IoT devices, like smart power strips, you can measure plug loads down to a row of desks or even individual cubicles. This has two benefits: First, you know where the biggest energy spenders are. And second, you can measure occupant participation in efficiency goals – and incentivize them proportionally.

Throughout any initiative to cut energy during which occupant comfort might be impacted — if only for a short time, and only marginally — you need to keep in mind the purpose of the building and why you’re there in the first place. “We have this building so that occupants are productive and effective,” says Ehrlich. But that said, when occupants feel like they’re invested in the organization’s mission — whether energy efficiency, or cutting costs, or both — that in itself is good motivation. “When they feel like they’re helping, you’re actually increasing occupant satisfaction,” says Knight.