By Karen Kroll   Design & Construction
OTHER PARTS OF THIS ARTICLEPt. 1: This PagePt. 2: Block and Cover Sound

For more than two decades, Scott Adams, the mind behind the cartoon character Dilbert, has poked fun at the cubicle farms that mark so many of today's office environments. Dilbert's trials notwithstanding, many organizations have found that a more open environment, with movable partitions and plenty of meeting places, is more conducive to productivity than the permanent offices that prevailed 30-some years ago.

At the same time, however, openness means that employees are likely to be distracted by other employees' conversations, cell phones ringing and the like. In fact, more than 20 percent of the 1,037 respondents to a recent survey by consulting firm Randstad US ranked loud noises as their top workplace pet peeve. What's more, extraneous noises can be more than simply annoying; they also can impair workers' productivity. "Studies show that acoustics have a major impact on the efficiency of employees' work," says David Joiner, principal with JaffeHolden.

The objective for facility managers is to leverage the benefits of open office designs while minimizing distractions. A range of acoustical goals come into play, says Jeffrey Fullerton, director of architectural acoustics with Acentech. These include controlling the noise in common areas, creating some level of privacy and sound absorption for workers at their desks, and enabling privacy in rooms where confidential discussions occur.

Specific needs and objectives vary from one type of building to another, Fullerton adds. Government offices, for instance, often require high levels of privacy. In most commercial buildings, the goal is to minimize distracting noises and provide enough sound absorption or background sound that employees can concentrate. In a few businesses — advertising comes to mind — managers actually may want a slightly higher noise level to project an environment of excitement and busyness.

Whatever the specific goals, it's easiest to achieve them when the building is designed with acoustics in mind from the start, says Raj Patel, principal with Arup, an engineering and consulting firm. In fact, in many countries, building codes require owners to consider the noise environment around the site, such as traffic or plane noise, when designing and building a facility. While this typically isn't required in the United States it still should be considered. That's particularly true if workers will be able to open the windows on the building, he says.

If the acoustical environment isn't considered until the design or construction processes already have begun, the costs to remedy any noise problems tend to spike, says Michael Schwob, principal and director of technology services with JBA Consulting Engineers. That's because the resolution often will require tearing into new construction and working after hours so that employees aren't disturbed. Moreover, the likelihood that you'll be able to satisfactorily resolve the problems drops, as the proper solution may simply have become cost-prohibitive.

The ABCs of Acoustics

When developing the acoustical environment, the acronym ABC comes into play, says Fullerton. That is, you want to absorb, block and cover sounds.

Effective sound-absorbing ceiling materials will have an NRC, or noise reduction coefficient, of .85 or greater, meaning that they remove 85 percent of the sound bouncing off the ceiling. Fiberglass ceiling tiles with a painted finish tend to have NRCs that are about 25 percent higher than what mineral fiber tiles provide, says Thomas Trask, senior associate with Newcomb & Boyd. Fiberglass "is more absorptive at the same thickness versus mineral fiber."

Somewhat surprisingly, fiberglass actually is less dense than mineral fiber, Trask adds. That is a plus when a soundmasking system is going to be installed in the plenum, as fiberglass typically does a better job of evenly distributing the sound.

That's not to say that mineral fiber tiles have no place in open office buildings. Often, they are more effective at actually blocking sound, and thus may be preferred when the mechanical systems are located in the plenum. A material's ability to block sound is measured by its CAC, or ceiling attenuation class. The higher the CAC, the better the material is at blocking sound. Generally, you want to get a CAC of at least 40, says Trask.

To offer tiles that both block sound from the plenum and also absorb sound from offices below, some manufacturers are developing tiles that combine fiberglass and mineral fiber, Fullerton says.

Another situation where sounds need to be managed both from above and below is in open plenum spaces. The problem is that the bottom of the exposed concrete deck reflects sound. One way around this problem is to incorporate sound-absorbing material into the design. For instance, in one design on which Patel worked, sound absorbing panels were placed on either side of the ceiling lights. These absorbed sounds from below and captured the sound reflecting off the ceiling. Ceiling system manufacturers have developed products specifically for open plenum spaces. 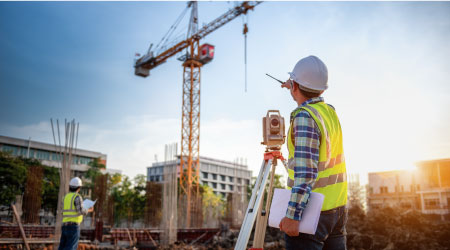 Construction Defects: What Is Your Legal Recourse?