February 10, 2016
Building Automation
While wireless controls for systems such as lighting have been around for quite some time, it's only in the last few years that the market has evolved to solve problems that hampered widespread adoption in the past. These innovations include increased battery life of five or more years for sensors, or even no batteries needed, for example through sensors with built-in ambient light power cells. The range of wireless controls and sensors is ever increasing. It is becoming common to see wireless occupancy sensors, daylight sensors, audio/visual controls, temperature sensors, and door access controls, the latter especially in hospitality spaces. But wireless options exist now for humidity sensors and also carbon dioxide sensors driven by the increased need for energy savings through demand-controlled ventilation, says Michael Isenberg, senior associate, building mechanical systems, WSP.

The growing adoption of wireless solutions is also being driven by a merging of the traditional silos between facility management, IT, and engineering, says Peter Babigian, partner, Cerami & Associates, a technology design-consulting firm. "The concerns are starting to go away with more education and collaboration between departments," Babigian says. "It forces a reliance on IT that facilities hasn't been comfortable with until recently. That's starting to be overcome because the benefits are greater than the risk."

The benefits of wireless systems are several, starting with the obvious: no wires. Running wire is expensive, both in material and labor costs. "The wireless solution really allows you to be most efficient labor-wise, which turns into most economical and efficient solution for the customer," says Ryan Kessler, director of operations for Bluestone, a design-build engineering firm. "And it gives you the greatest flexibility on where you can install the controls."

The flexibility of wireless sensors and systems makes them particularly beneficial in spaces which need to be frequently reconfigured, like leased tenant space. It is also a good solution in historic facilities, where it is not desirable to disturb the original construction in any way.

In addition, wireless systems simplify troubleshooting. "You can easily point to an area where the issue is, the exact fixture or sensor," says Kessler. "You'll get an alert of the system, you'll have a serial number and exactly where it will be." In a wired system, an issue along the wiring would require tedious tracing.

This Quick Read comes from Naomi Millan, senior editor of Building Operating Management. She can be reached at naomi.millan@tradepress.com. Read more from her about wireless benefits, risks, and best practices. 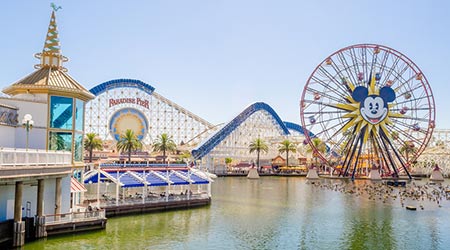