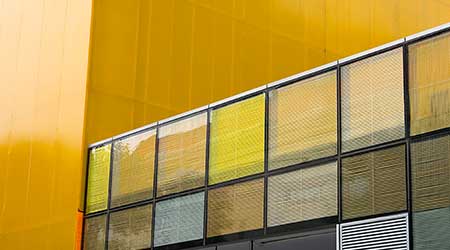 Peak cooling demands in buildings often coincide with the time the sun is beating down the most, which leads to peak consumption of energy as the HVAC works to move the heat gained out of the building. But what if there was away to smooth out the curve of heat gained through solar radiation? Researchers at Chalmers University of Technology in Sweden are working on window film technology that helps with exactly that.

Window films in a thermal application designed to keep the building cooler generally work by preventing solar heat gain. They block some of the solar radiation wavelengths from entering the building's envelope. The film being developed at Chalmers instead stores the solar radiation in the film itself and then reradiates it as heat once the sun is no longer beating down. Overall, the building would be exposed to the same amount of heat gain, but it would be spread out over time. The benefit would be that this would smooth out the load on the HVAC system and would help to provide a more consistent thermal environment in the building.

The technology depends on a molecule which changes form as it absorbs photons. After there are no more photons to absorb (when the sun goes down), the molecule releases the stored energy as heat over a period of up to eight hours.

One challenge researchers may face as they seek to commercialize their invention is the color of the window film. It is a yellow shade in its unloaded state, which helps it to capture sunlight in the blue and green spectrum. As the film absorbs light energy, it rapidly turns entirely clear, and then returns to a yellow shade as it releases its stored energy.

Researchers are working on increasing the concentration of the molecule in the film, and also making the molecule less expensive, but they expect to clear those hurdles soon, according to the university. 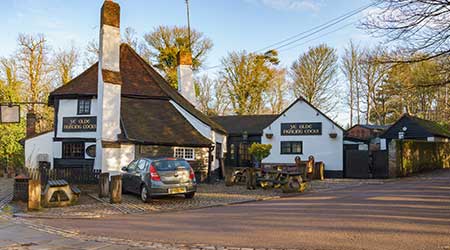 Cool Walls Can Save As Much Energy As Cool Roofs

University System Halts Use of a Pesticide