A facilities executive won’t make headlines by installing window film in a building. In fact, the best thing about window film may be that it can keep a building out of the headlines. That’s because window film can improve a building’s performance in two areas that have recently made front-page news: energy costs and security.

Window film manufacturers offer a range of options for making windows more secure and more energy efficient. To select the best product for a given building, facility executives should understand the needs of the application and the types of window film available.

Security film can literally help keep a building out of the news. By making a window more shatter-resistant, security window film can help prevent break-ins and limit the risk of injuries from flying glass in the event of a natural disaster or explosion.

The Protecting People First Foundation studied the performance of window film during last year’s devastating hurricanes in Florida. The effort, called Project Safe Windows, led to a report titled Finding the Breaking Point. In one high-rise condominium, some windows were protected by 8 and 12 mil security window film; other windows had no film. None of the windows that had film were damaged, while some unprotected windows did sustain damage.

The report also described a pharmacy located in a strip mall. Although many storefront windows in the area were damaged, the pharmacy’s windows, protected by window film, were not damaged. In fact, they kept a looter from breaking in three days after the hurricane hit.

Even if the window film and its attached glass are blown out of the frame during an explosion, window film can prevent shards from flying. Flying shards of glass can cause many injuries during an explosion. That was the case during the 1995 Oklahoma City bombing. After the bombing, the Justice Department issued a report listing security items (such as film) that should be implemented in buildings. Since then, the U. S. General Services Administration and the U.S. Army Corps of Engineers have adopted standards for security films. There are also voluntary national industry standards for window films.

“Recognized standards aim to ensure a safety film withstands violent winds, blunt impact and heat as reliably in the real world as it does in the testing laboratory,” says Joe Chernov, a spokesperson for Madico. He suggests hiring a third-party consultant to do an unbiased risk assessment. “That expert can take a holistic look at a building’s vulnerabilities and needs.”

“Attachment systems utilize either a mechanical system or a chemical sealant system to ‘attach’ the window film, after installation, to the window framing system,” says Darrell Smith, executive director of the International Window Film Association (IWFA). “This gives a higher level of protection by holding the sheet of film with the attached glass fragments in place longer than would be achievable by merely covering the daylight portion of the glass with film.”

However, Wayne Staley of Commercial Windowshield in Blissfield, Mich., says, “very few systems have met the full requirements for protective glazing in hurricanes in the Florida building codes for new construction.” He advises discussing attachment systems with the manufacturer of the window film being considered.

After the hurricane season of 2004 faded from the news, rising energy costs captured headlines and sent facilities executives looking for ways to improve energy performance. One proven way to do that is to use window films.

Windows typically account for a quarter of the total heating load in a building and may account for more than half of the summertime cooling load, according to Virginia L. Kubler, business director, window films, CPFilms. More than one billion windows in the United States account for about 3.2 percent of the country's annual energy use, says Kubler.

The resulting energy savings can be significant. A demonstration project sponsored by CPFilms measured savings from the installation of window film on a mid-size commercial building in Rockford, Ill., which had single-pane, bronze-colored windows. The installed film reduced solar heat gain by 67 percent and produced energy savings of 8.8 percent, with a simple payback of less than three years. What’s more, the film, which was constructed with a low-emissivity coating, boosted the insulating value of the window by 23 percent.

Smith of IWFA says there are many different types of films available, everything from a privacy film, which blocks as much as 95 percent of visible light, to a spectrally selective film, which admits 65 to 75 percent of available sunlight.

Facilities executives should select a film designed for a particular window type, taking into consideration the glass’ surface area, and the window and frame’s construction.

It is important to distinguish window films intended purely to improve energy performance from films designed for security applications. Solar control film is generally 1.5 to 2 mil thick, while security window film ranges in thickness from 4 mil to 15 mil, according to the Protecting People First Foundation. Some films are designed for both solar control and security applications.

Smith offers other advice for facility executives considering window film. He suggests asking to see — before signing the contract — the manufacturer’s warranty. Most warranties are for a five- to 10-year period. “Not only the length of the warranty, but whether it covers removal of any failed product, as well as reinstallation of the replacement product, should be studied,” says Smith. 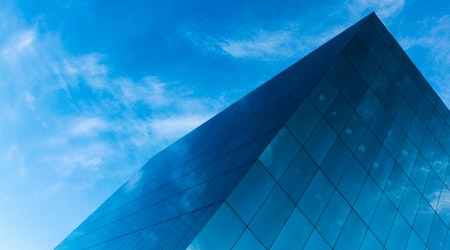 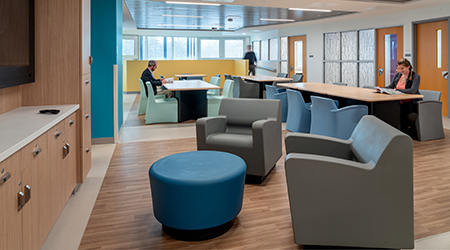