It is not supposed to be this easy. Replacing a computerized maintenance management system (CMMS) rarely goes so smoothly. Typically, as maintenance and engineering managers know all too well, the process is fraught with peril, from financing battles and technology troubles to resistant technicians and hardware issues.

For the University of Richmond, none of those potential roadblocks materialized to slow down or complicate the process. Two years after replacing its previous CMMS with a new system that enabled technicians to take it out into the field on mobile devices, the department is assessing the positive impact the upgrade has had on its operations.

“We have not figured out how to quantify that to prove we’re more productive,” says Susie Reid, the university’s director of operations and maintenance. “But we’re early. We’re just completing our second year. But the goodwill and the attitude adjustment and the people just loving the system — you can’t necessarily quantify all that. But you know you’re getting more out of people when they’re happy.”

The 212-person department responsible for maintaining the 350-acre campus in Richmond, Va., knew it needed a new CMMS.

“We were on a different CMMS, and we had to change,” Reid says. “There were just no other updates to it, so we had to go buy another work-order system. When we did that, (the developer) got us thinking about putting iPads and iPhones and tablets in the hands of our workers.”

Ease of use was a high priority for the new CMMS.

“We were looking for something that was very user-friendly so that requesters could start submitting their work requests online versus phone calls, which is what a majority of them were doing,” says Paul Lozo, assistant director of operations and maintenance, adding that the new CMMS “seemed like the most user friendly one out there.”

The department also needed to incorporate sustainability considerations into its CMMS selection decision. 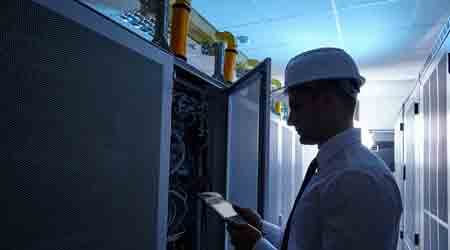 3 Steps to Implementing a CMMS