The decision to replace a computerized maintenance management system (CMMS) is rarely easy. But Rex Stanley did not seem to have a choice.

"When I came on board, there was a so-called CMMS," says Stanley, director of facilities, planning and construction for Health & Hospital Corp., which operates the Marion County Health Department, Wishard Memorial Hospital, and 17 affiliated clinics in Indianapolis. "We did have something in place, but it was pretty pathetic."

When the organization decided in 2008 to replace its outdated, spreadsheet-based system for tracking maintenance requests with a new CMMS, the decision paved the way for the department's move to preventive maintenance. It also laid the groundwork for expanding facilities slated to open in 2013.

Before 2008, the system Stanley and his department used to track work requests required a building occupant to report a problem by sending an e-mail to Stanley.

"For preventive maintenance, you had to get on your computer and put in the calendar that, 'We need to do this next month,' " Stanley says. "It was so easy to miss things." He decided it was time for an upgrade, but the task was daunting.

"I started looking around, and I became overwhelmed," he says, by the many options and reams of information on each one, adding, "I did the typical thing. I got on the internet and researched CMMS. I contacted a few companies, and I must have gotten 30 calls from (CMMS) suppliers."

To help make the decision, Stanley brought in the corporation's information technology department, in part to ensure the corporation's new CMMS would integrate with the software the hospital uses for some of its maintenance management needs. 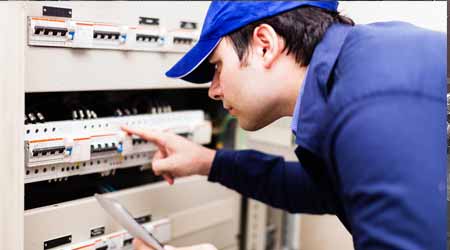 Tips for Selecting the Right CMMS