WSP | Parsons Brinckerhoff is providing advisory, coordination and technical services to the Baltimore City Department of Transportation (BCDOT) for the revitalization of Port Covington, a $5.5 billion plan to transform an industrial section of Baltimore City into a thriving, dynamic neighborhood featuring shops, restaurants, homes, businesses and public parks.

The Port Covington project, being developed by the Sagamore Development Corporation, is expected to include the construction of 1.5 million square feet of entertainment and specialty retail buildings; over 7,500 residential units; 500,000 square feet of industrial and light manufacturing space; more than 200 hotel rooms; 1.5 million square feet of office space; and other civic and public land uses, including more than 40 acres of public parks and waterfront. The planned development covers over 260 acres and three miles of Patapsco River waterfront (a major tributary to the Chesapeake Bay) near Interstate 95, the Port of Baltimore’s Cruise Terminal, and the Fort McHenry National Monument.

Under Armour, the Baltimore-based sports clothing and equipment company, is the key project anchor, with plans to develop a new global headquarters and corporate campus on 50 acres of the site. The campus will include more than 3 million square feet of corporate office, studio, operations, and amenity space for its employees and teams.

The WSP | Parsons Brinckerhoff Port Covington project team is assisting BCDOT to manage and deliver the Port Covington transportation program, including some technical reviews and coordination, communications, and general oversight of infrastructure improvements related to the development that are the responsibility of Baltimore City. Much of the planned Port Covington transportation improvements will utilize bonds generated by $660 million in tax increment financing (TIF), the largest TIF in Baltimore City’s history. The firm is acting as a liaison between BCDOT, the State of Maryland (including the Maryland Transportation Authority which is co-sponsoring environmental review of highway improvements), and Sagamore Development, to ensure transportation-related needs are properly funded, communicated and addressed.

Infrastructure plans include access improvements to I-95 and local arterial roadways, transit, bicycle/pedestrian structures and facilities, and the creation of a local street grid where none currently exists. 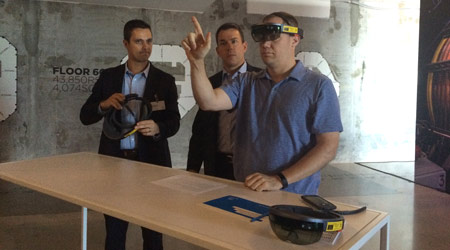