Milwaukee, Wis. — Otter Valley Union High School in Brandon, Vt., is the third district in the past three years in the Rutland region to undertake major building improvement projects paid for with energy cost savings through a partnership with Johnson Controls.

The two are implementing a $3.6 million energy performance contract that will help the school make much-needed upgrades to the building and dramatically reduce its carbon emissions, while paying for the improvements over the next 18 years through substantial energy cost savings.

One major element of the project, a 227kW solar photovoltaic array on the school’s roof that would produce half of the amount of electricity the school uses annually, is on hold pending resolution by the state’s Public Service Board and local utilities, including Green Mountain Power, of a logjam over further approvals of grid-connected solar projects across the state.

“We believe the solar project we’ve designed with the help of Johnson Controls and local solar developer SameSun of Rutland has all the favorable characteristics worthy of a ‘Certificate of Public Good’ from the Public Service Board,” said Superintendent Jeanne Collins. “It will be located on top of our school, not visible from the ground, and almost all the power it produces will be used on site.

"We’ll be incorporating it into our STEM (Science, Technology, Engineering and Math) education efforts so it will be benefiting students’ learning even as it benefits our local taxpayers and makes us less dependent on electricity from the grid. We believe the PSB and Green Mountain Power should be prioritizing this type of project, and we’re eager to get it approved and installed.”

Over the past few years, the school budgeted nearly $300,000 a year to meet its energy needs. With the fully implemented energy performance contract, the school expects to spend closer to $100,000 a year in heating fuels and electricity, while making an annual payment of about $160,000 to pay for the project. The project also includes the installation of a wood pellet boiler to supply most of the school’s heating needs, as well as replacement of 42 classroom unit ventilators and all the windows that are original to the 1961 portion of the building.

Prior to working with Otter Valley, Johnson Controls has partnered with the Rutland City Schools in 2014 to make $5.2 million in improvements to its six schools, while Proctor School District implemented $1.6 million worth of upgrades during the summer of 2015.

“Energy performance contracting is both a financing and project delivery mechanism that school districts can use to make needed improvements to their facilities, which are paid for through annual energy and operational cost savings,” said Johnson Controls’ Ned Raynolds, who oversees energy performance contracts with local governments and K-12 schools in northern New England. “It’s a tremendous way for schools to improve their teaching and learning environments through better use of their energy budgets.”

According to Raynolds, the Otter Valley upgrades are well under way and will be completed by the end of summer or early fall 2016. In addition to the window and unit ventilator replacements and addition of the wood pellet boiler, other major improvements at the 101,000-square-foot high school include:

• Unifying the building’s three separate heat circulation loops, a legacy of the school’s 1983 and 1991 additions, and upgrading its heating and ventilation controls system to provide better comfort and efficiency.

• Installing energy recovery ventilation systems in the gymnasium and auditorium and demand-controlled ventilation in the cafeteria.

“Folks in this region are very environmentally conscious, and all of the improvements in the project will make their high school more energy efficient and sustainable,” Raynolds said. “By using wood pellets, Otter Valley will also help support the forest products industry, an important part of the local and regional economy. Because wood pellets are considered ‘carbon neutral,’ they along with the solar array will reduce the school’s carbon footprint by more than 75 percent.” 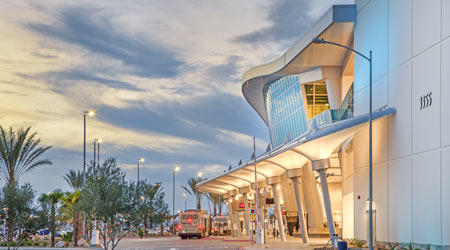