“We’re thrilled to be working with Johnson Controls to make significant upgrades to our energy infrastructure,” said Dr. Charles L. Welch, president, Arkansas State University System. “Those upgrades will benefit everyone in the Arkansas State community — students, parents, alumni, faculty, staff, and visitors to our campus.”

The company's upgrades, scheduled for completion by Nov. 30, 2016, will include:

• Energy management: Various improvements to software, servers, workstations, and databases at more than a dozen facilities through campus.

• Lab hood improvements: The Arkansas Bioscience Institute (ABI) building has several lab fume hoods whose operation is critical during experiments and research. The existing fume hood controls were failing and causing room pressure issues as well as excessive use of energy. Johnson Controls will replace the existing failed controls and sensors with new TSI lab controls. This will provide a safe environment for faculty and students as well as decrease the building’s overall energy use.

• Utility monitoring: Installation of an energy management platform that will provide real-time monitoring of electric power demand and consumption.

“The Arkansas State project is setting the standard by which other energy performance contracts will be measured in the state,” said Chet Howland, energy program manager, Arkansas Energy Office. “We expect the project to have an economic impact of over $30 million with no upfront cost to Arkansas State, as guaranteed energy savings will pay for the project over the next two decades.” 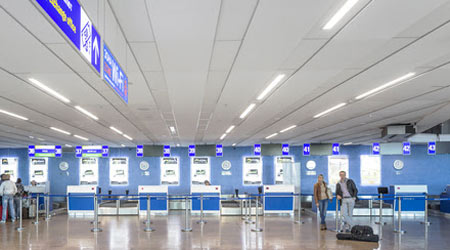