The threat of active shooters has prompted facility managers and others involved in emergency preparedness in institutional and commercial facilities to take extreme measures to protect occupants and visitors. From upgraded surveillance systems to access control technology, managers have put technology to work to harden their facilities.

For several K-12 districts, that threat also has prompted them to employ a controversial measure — facial recognition technology. That controversial component led one to district to back away from plans to implement the technology.

A school district in western New York announced plans to become the first in the United States to pilot a facial recognition system on its students and faculty, according to Buzzfeed News. Plans called for the Lockport City School District to light up the system as part of a pilot project designed to make it broadly operational by Sept. 1, 2019. The district has eight schools.

But on May 30, the New York State Education Department told BuzzFeed News that it has asked Lockport to delay its use of facial recognition technology on students.

Superintendent Michelle Bradley described the district’s initial test as an “implementation phase" meant to troubleshoot the system, train district officials on its use, and discuss proper procedures with local law enforcement in the event of an alert triggered by the facial recognition tech.

The Lockport pilot came amid increased scrutiny of facial recognition’s efficacy across the United States, including growing civil rights concerns and worries that the tech may serve to further entrench societal biases. A handful of other school districts have begun to use facial recognition, but Lockport would have been the first to institute a system of this kind, with cameras throughout the school building rather than just at doors. 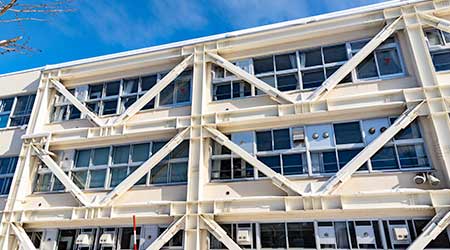