Mass notification systems were spawned by the report on the attack on Kobar Tower (Saudi Arabia) of July 31, 1997. That report, issued by Secretary of Defense William Cohen, found lapses in force protection that resulted in both damage and loss of life. The report concluded that harm to people and property could have been minimized if a plan had been in place to respond to the threat.

“Today, every military installation has to comply with the federal regulations for MNS,” Roux observes.

The Department of Defense approached the National Fire Protection Association (NFPA) 72 correlating committee prior to the 2007 revision of the National Fire Alarm Code, explains Wayne Moore, vice president of corporate strategy at Jensen Hughes and the current chair of the “Emergency Communications Systems” chapter in the National Fire Alarm and Signaling Code. DOD wanted to add mass notification system requirements and to allow mass notification systems to be integrated with in-building fire emergency and alarm communications systems (EVACS).

“This was a major shift in the committee’s thinking,” says Moore. “The National Fire Alarm and Signaling Code, as it is now called, provides both requirements for all mass notification systems installations. The information provided also contains the requirements for a risk analysis to guide owners in the process.”

According to Roux, NFPA 72 is revised every three years, and was revised in 2010 and 2013, with the next revision due out in 2016. The version that applies locally is the one adopted in that specific area. What is required also varies by building, by risks to occupants, and the type of people occupying the facility, Roux explains.

“Are the occupants alert? Are they in a hospital, daycare, or geriatric facility? These are all questions that need to be addressed,” he says. “There also are special requirements for high-rise buildings and special-circumstance buildings, as well as whether the building is primarily built of wood or concrete.”

In addition to local fire codes, colleges and universities that accept federal monies and grants also must comply with the Jeanne Clery Act. “The rules require the schools to do something to provide for the safety of students and faculty and to provide reports to parents,” says Roux. To provide some degree of reasonable safety during an emergency, many are implementing mass notification systems.

In addition, the 2009 and 2012 building codes are requiring voice alarm systems in all new K-12 schools, according to Moore. Moore also points to a movement toward requiring a risk analysis in all facilities to help determine whether a mass notification system is needed. “Every occupancy that establishes an emergency response plan will include a mass notification system for the communications aspect of their response,” Moore says. 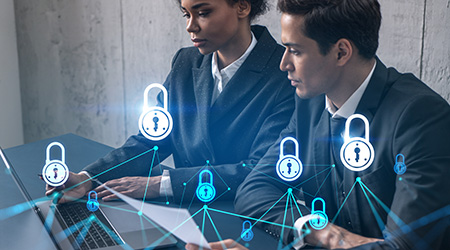 How to Team Up with IT for Cybersecurity