Another area where security is evolving is sexual assault and harassment. The Crime Awareness and Campus Security Act (known as the Clery Act) requires all colleges and universities receiving federal funds to keep and disclose statistics about crimes on campus. “Clery is a working document,” says Merlo, “which leads to a lot of transparency. People have a right to know, and that makes the campus safer, the quicker information is given to the community.” Typically, a compliance officer within a police department is responsible for Clery crime statistics, Lang adds. If someone requests information, it must be provided within 24 hours.

A recent survey by the Association of American Universities found that a quarter of undergraduate women had experienced unwanted sexual contact sometime during their college years. Researchers say the results can be biased slightly upward, since students who ignored the survey are less likely to have been victimized. Meanwhile, reports of sexual violence are increasing because of more student education and access to help. “Universities talk more about (sexual assault), and students are aware of resources on campus and are more comfortable reporting incidents within the last year or two,” Merlo says.

Seastone also notes that in the last two years his school has seen an increase in sexual assault reports. “We are convinced that there are not more assaults occurring, but rather that people are comfortable reporting these crimes, and we encourage them to report,” he says.

Most universities, in addition to being genuinely concerned for their students and staff, are also aware that adverse news reporting can damage their reputations when events occur on their campuses. As a result, funding for security measures can be easier to get than in the past.

“Unfortunately, with all the incidents occurring nationally, it’s easy to justify (the costs of security),” says Scott Merlo, chief of the department of public safety at Western Michigan University. ”When crime is down and nothing is happening, it is easy to forget. But people need to feel safe, or they won’t come to campus. So security is a vital part of campus operations.” Merlo says a school needs a reputation for safety, which is vital for recruitment, and that his team has had “tremendous support” from the entire campus and administration in their efforts to keep his campus safe.

Others echo that thought. “Security is an intangible product,” says Michael J. Murphy, assistant director of security at Rockefeller University. “If nothing happened, we had a successful day. If something happens the next day, are we less successful? It’s a product you can’t show. But we are fully supported by the administration, and we get positive feedback (for what we do).

Even when the school’s administration is aware of the importance of having a safe campus, security measures must still be justified. “You have to plan for security like any other capital project on campus,” says David Rainer, associate vice chancellor of environmental health and public safety at North Carolina State University. “We (security and safety) are centrally managed through one organization and have integrated security into planning, design, construction, and facilities operations. Since we have a plan, it makes it easier to compete for resources.” 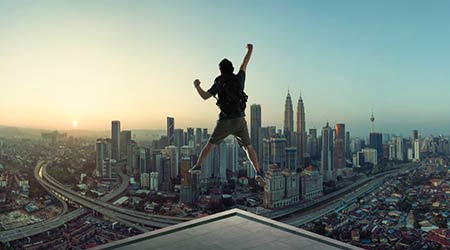