By Lacey Muszynski, Assistant Editor
Roofing
OTHER PARTS OF THIS ARTICLEPt. 1: Pay Attention to Long-Term Costs When Deciding Whether to Repair or Recover the RoofPt. 2: This PagePt. 3: Benefits of a Roof RecoveryPt. 4: What Roofing Consultants Can Do For You

“The opportunity to inspect the integrity of the deck before the new roof goes on is a major benefit to roof replacement,” says Downey. “On older buildings that may have been recovered twice already, there could be periods of 30 years or more where it hasn’t been examined, so who knows what condition it’s in.”

A recover doesn’t allow the same kind of deck inspection, possibly leading to missed problems which turn into leaks over time. Karen Warseck, president, Building Diagnostics Associates, warns against recovering unless you already know the condition of the roof deck. “If I give people one piece of advice, it’s make sure the roof deck is in good condition. And if you can’t tell, then don’t recover it.”

Generally speaking, roof replacements have longer manufacturer warranties than recovers. That’s because of a number of reasons: The deck can be fully inspected, all chance of moisture is removed with the old materials, and the new roof will be installed to the manufacturer’s specifications. Because of these factors, manufacturers are likely to offer 20-plus year warranties.

Warranties are available on recover jobs, though they are frequently for fewer years and require a thorough moisture inspection.

“Manufacturers will require that a moisture survey be conducted to identify wet roof materials so they can be replaced before the recover is installed,” says Downey.

“Encapsulating moisture in a roof system is something you absolutely do not do,” says Thomas Hutchinson, principal, Hutchinson Design Group. “It’s roofing 101.”

To identify wet areas in the roof, one of three types of moisture surveys should be completed: infrared, nuclear or capacitance. None of these actually measure moisture, says Warseck, but they measure the effect moisture has within the roofing materials.

Not all types of scans are well-suited to all types of roof. Infrared surveys measure the heat retained or lost in insulation that has become damp. Ballasted roofs aren’t a good candidate for infrared surveys because the rock itself retains a lot of heat, giving potentially false readings. Nuclear moisture surveys measure hydrogen atoms in the roof, meaning that any membrane with a large hydrogen chemical component will send positive readings. Water is a good conductor of electricity, and capacitance surveys measure electricity traveling through the roofing material. This won’t work on a roof with wet or ponded areas, and may require modified instruments on EPDM roofs.

The amount of moisture found in the roof, if any, may dictate the choice of whether to recover or replace. The more areas of moisture found, the more expensive it will be to replace those areas.

“It becomes an economic issue,” says Willers. “If you have 100,000 square feet of roof and four 8-by-10-foot areas are wet, replacing those is no big deal. But if 30 percent of your roof is wet and it’s scattered throughout the roof, the labor to replace all of that is probably equal to the cost of just tearing off the entire roof.”

Benefits of a Roof Recovery

What Roofing Consultants Can Do For You 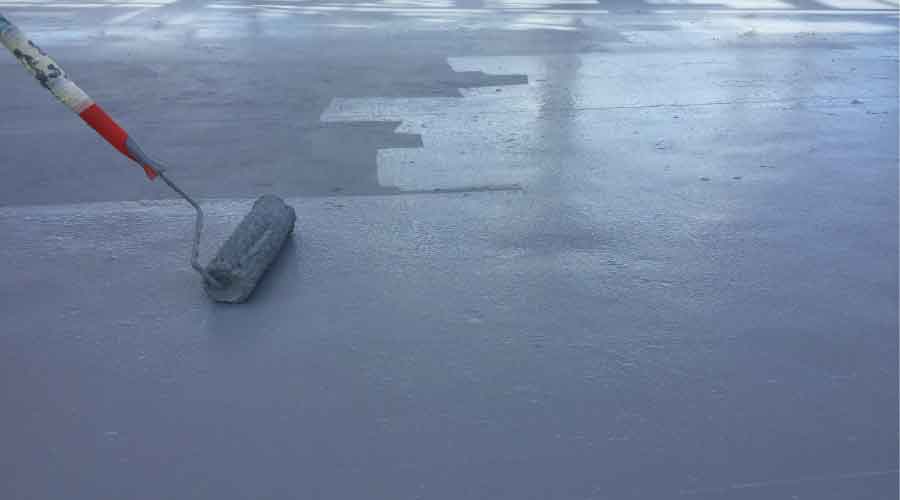 Does Your Coating Match Your Roof Type?