Managers specifying a cool roof only a few years ago found a limited number of product options. Now, based on the growing demand in part by institutional and commercial facilities, managers can choose from among hundreds of cool products.

By reducing the amount of heat transferred to a building’s interior, cool roofs provide a number of additional benefits. These include lower energy bills and longer performance lives for roof systems, as well as cooling equipment.

The environment also benefits from cool roofs. By lowering facilities’ energy use, cool roofs cut down on air pollution — including carbon emissions, which contribute to global warming.

Cool roofs also mitigate the urban heat island effect by reflecting heat back into the atmosphere. The effect occurs when the ambient temperatures in a city are higher than in the surrounding areas. The causes include an abundance of dark surfaces, such as roofs, that absorb the sun’s heat, as well as a lack of shading vegetation that keeps surfaces cool. This effect is a major contributor to smog formation.

One common assumption is that cool roofs can increase a facility’s energy use during the heating season. But any negative impact exists is minimal because winter has fewer hours of daylight, and the sun is lower to the horizon and much less intense. The result is less direct radiation that strikes the roof surface.

Heating costs might increase slightly for buildings located in cooler regions in some cases. But the energy savings that occur as a result of the decreased use of cooling equipment in summer months more than offsets any increased heating expenses. Other factors that diminish potential heat loss include snow-covered roofs and more overcast days. In short, cool roofs can provide net annual energy savings.

Managers also need to pay attention to the return on investment — an especially important consideration in tough economic times. While some cool-roofing options cost more than standard, non-cool options, a cool roof generally will pay for itself in a relatively short time through savings in energy costs. But managers should note that exact savings depend on a number of factors that include climate zone, product type, building insulation and the type of HVAC equipment used to cool the building. 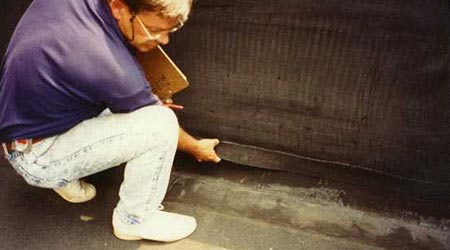 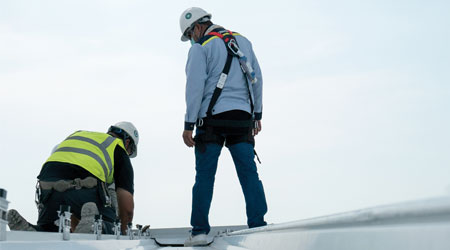