SPECIAL REPORT PREPARED FOR THE CENTER FOR ENVIRONMENTAL IN ROOFING

One area where roofing is specifically called out in LEED is the urban heat island effect. The heat island effect occurs in urban areas where a high percentage of heat-absorptive surfaces, like dark roofs, parking lots and roads, retain the sun’s heat, increasing the temperature of the surrounding area. Heat islands occur in southern climes, such as Atlanta, and as far north as Toronto.

In addition to the negative energy implication of needing to condition warmer air, the urban heat island effect also promotes surface-level smog, which in turn aggravates respiratory illnesses, including asthma.

Both vegetative roofs and reflective roofs are listed in LEED as ways to help mitigate the heat island effect. Vegetative roofs help to cool the surrounding air through evapotranspiration, as the plants use the heat in their surroundings to evaporate the water in their leaves. Roofing materials with a solar reflectance index of at least 75 bounce heat-generating rays back up.

About the Center for Environmental Innovation in Roofing (CEIR) 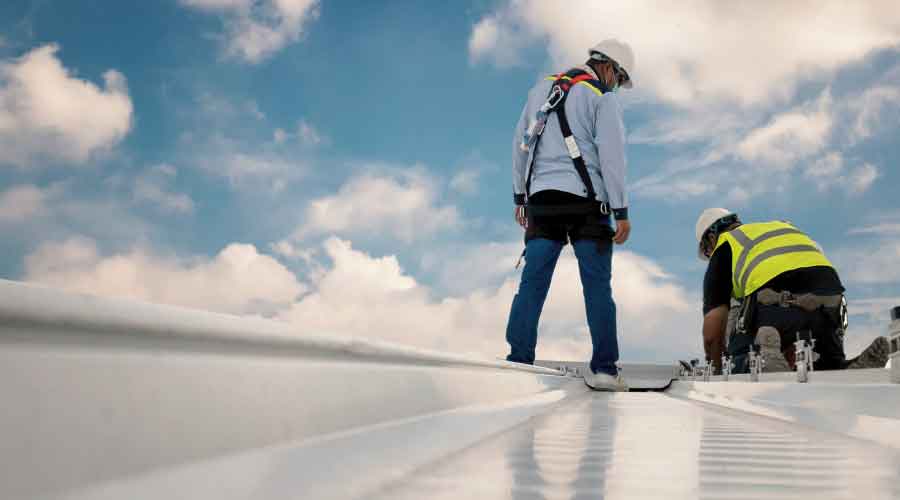 How to Spot Troubles in Different Types of Roofs