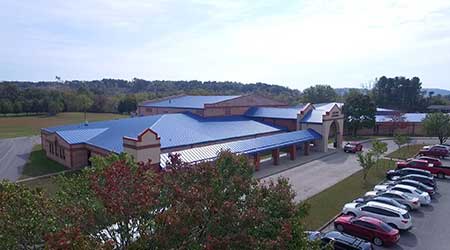 When roof leaks were starting to interfere with the daily activities of Lynn Camp Elementary School in Corbin, Ky., administrators knew it was time for a new roof.

“We had a situation in a lot of the rooms where tiles were molding because of the roof leaks,” says Anthony Pennington, principal of Lynn Camp Schools. “It was becoming a constant distraction for not only our students but our teachers and their learning process.” The existing standing seam metal section of the roof was a daunting task at more than 78,000 square feet, but its design and blue color was a look the school was hoping to maintain. But the projected timeline to complete a metal roof of this size would be 9-12 months — well outside the school’s needs.

With added pressures from the local health department, time was of the essence for this project. When JBK Roofing presented a metal retrofit option using the Duro-Last Vinyl Rib system, school administrators knew they had found the right solution.

The assembly used for this project was Duro-Guard EPS Flute Fill Combo as the base, and then Duro-Guard ISO HD and DensDeck cover boards. Duro-Fleece 50 mil membrane was adhered with Duro-Grip CR-20 adhesive and, lastly, the Vinyl Ribs were heat welded to the adhered membrane.

Being such a large roof, more than 52,000 liner feet of Vinyl Rib was used.

“This is by far the largest and most intense Vinyl Rib project we’ve done,” says Brandon Keck, president of JBK Roofing. “Even so, the Duro-Last system was extremely fast-paced and allowed us to fit in the school’s schedule, taking only 90 days to complete.”

The bright blue color of the Duro-Fleece membrane also gave the school the aesthetic look they wanted.

JBK Roofing was awarded the Duro-Last 2016 Roof of the Year Award for their work on this project. 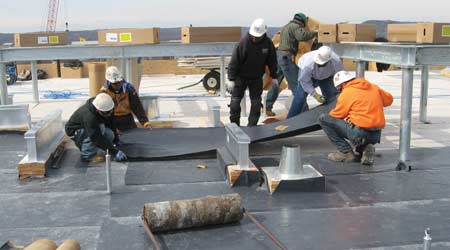 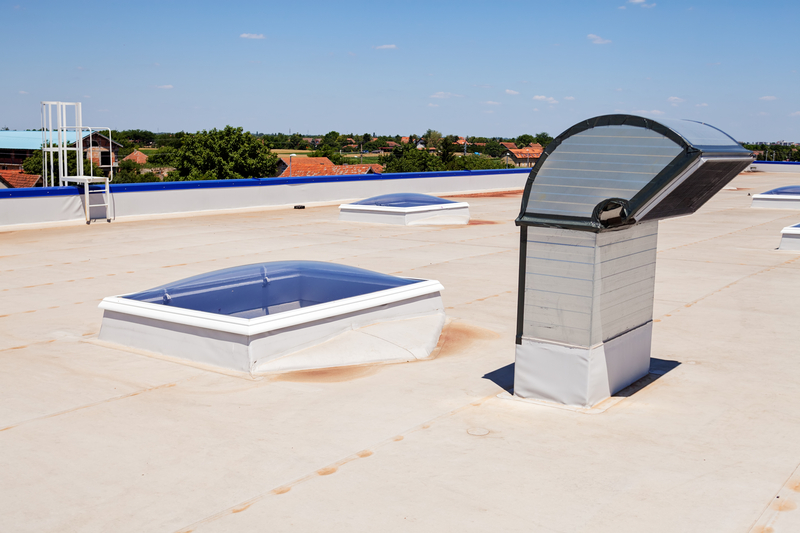