Power & Communication
OTHER PARTS OF THIS ARTICLEPt. 1: How Internet of Things Is Automating Demand Response Programs Pt. 2: How Automated Demand Response (ADR) Works in Power UtilizationPt. 3: This Page

In January 2015, the Electric Power Research Institute (EPRI) released open software that allows smart devices to respond automatically to changes in price, weather, and demand for power. In this regard, OpenADR is a standard that attempts to remedy the problem of lack of standardization and interoperability. OpenADR meets the need for interoperability because it is an open and interoperable information exchange model and emerging smart grid standard. It standardizes the message of automated demand response (ADR) so that real-time price and reliability signals are delivered in a uniform and interoperable fashion to utilities, independent systems operators, and energy management and control systems.

EPRI’s ADR software is certified by the OpenADR Alliance, an organization of stakeholders interested in facilities-utilities IoT communications.

“OpenADR is being applied all over and is moving toward being an international standard,” says David Holmberg, mechanical engineer with the Energy and Environmental Division of the National Institute of Standards and Technology (NIST) Engineering Laboratory.

EPRI guided the software’s development to accelerate adoption of OpenADR, which could provide another avenue for new building controls products and services using demand response programs. Utilities also benefit by increasing the electric grid’s reliability and reducing the cost of operating it.

“Release of this software is a critical step in developing open, interoperable standards that will facilitate the emerging integrated grid,” said Mark McGranaghan, vice president of power delivery and utilization at EPRI. “Making this software freely available to the industry will accelerate the adoption of standards-based demand response.”

The original OpenADR 1.0 specifications were published by Lawrence Berkeley National Laboratory after seven years of research into auto-demand response. Open ADR, sometimes referred to as OpenADR 2.0, is being developed by the OpenADR Alliance.

Others working on OpenADR developments and refinements include the NIST Smart Grid-standards effort, the Organization for the Advancement of Structured Information Standards (OASIS), the Utilities Communications Architecture International User’s Group, and the North American Energy Standards Board.

“Humans are part of the problem,” explains Lindsay Audin, president of Energywiz, Inc.

He notes a case where the demand response concept failed. The organization’s demand response plan included operating a number of emergency backup generators should the utility contact them to dial back power usage.

“When the call from the utility came in, every person who could do the switchover was on vacation,” notes Audin. As a result, electricity demand was not reduced.

Now, thanks to the Internet of Things proliferation in building controls, it is becoming possible to automate demand response and eliminate the human error factor.

Jack McGowan, principal of The McGowan Group, sees IoT as “an enabler” to such concepts as analytics, energy management, automated demand response, utility rebates, and measurement and verification in real time. “IoT brings more information to the energy management table, plus IoT systems are interactive and interoperate,” says McGowan, author of the book Energy and Analytics, Big Data and Building Technology Integration. “These are valuable assets to energy managers and building professionals.” 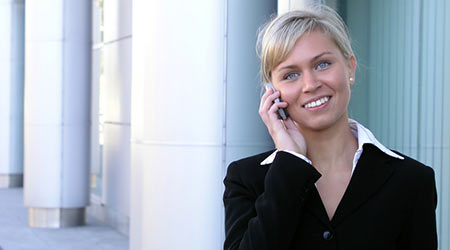