By Rita Tatum
Power & Communication
OTHER PARTS OF THIS ARTICLEPt. 1: How Internet of Things Is Automating Demand Response Programs Pt. 2: This PagePt. 3: How OpenADR Standard Aims to Help with Automated Demand Response

Automated demand response (ADR) is fully automated signaling from an electricity supplier that allows connectivity to the customer’s control systems. However, these days, many existing ADR systems are not standardized or interoperable.

How ADR is applied varies from utility to utility. For example, Pacific Gas & Electric’s ADR program offers both incentives and technical assistance for customers willing to expand their energy management capabilities with ADR controls and management strategies.

Facilities that sign up receive automated event signals from PG&E to a technical solution that initiates the preprogrammed DR strategies.

PG&E pays between $200 and $400 per kilowatt of DR load reduction, referred to as “dispatchable load,” that is controlled by the ADR technology. Participants receive 60 percent of that amount after verification of equipment installation and testing. The other 40 percent is paid after performance during a full demand response season, which may be up to 12 months. In addition, the ADR program incentives can be coupled with applicable and approved energy efficiency rebates, but may not exceed 100 percent of total project cost.

Austin Energy uses special thermostats for ADR. When directed by the utility, the thermostats automatically reset temperatures by several degrees for several hours. In return, participants receive a preset price for each kilowatt saved.

Experts suggest buildings may be able to reduce energy consumption 10 to 20 percent with ADR, particularly when teamed with fault detection and measurement and verification. For example, a vent in the building may be stuck in one position, rather than opening and closing for optimum energy conservation. Fault detection could catch that.

“In practice, however, it’s more difficult,” points out David Holmberg, mechanical engineer with the energy and environmental division of the National Institute of Standards and Technology (NIST) Engineering Laboratory. “Automated systems for fault detection also can generate false negatives and false positives.”

The result can be an overwhelming number of alarms that facilities managers must address. So NIST is investigating new approaches and higher intelligence to make fault detection measurement and verification more user friendly.

While the nation has yet to connect the dots for a smart grid, some utilities like Austin Energy already are establishing smart grids inside their territories. Using a communications network, reactive hardware, and interpretive software, Austin Energy is one of the utilities leading this technological revolution in the electric industry.

Under construction for more than a decade, Austin Energy’s smart grid runs from power plants through transmission and distribution systems to the meter and then back to the utility.

The concept of resilience also is impacting new developments, particularly along the Atlantic Coast following Hurricane Sandy in 2012. In the aftermath of that storm, electricity was off for many businesses for days.

Post-Superstorm Sandy, many facility managers realize the inherent value of a building that can remain functional during a long power outage. So they are looking at cogeneration, thermal storage, wind and solar power, microgrids, and other options to ensure that the lights stay on should the electric utility’s power be compromised. That same infrastructure also gives them an opportunity to tap a potential revenue stream from utility demand response programs. 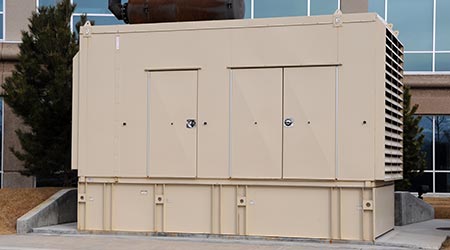