While options for procurement strategies are greatest in states where both electric and natural gas markets are open, opportunities are also expanding where competition with local utilities is not available. Enabled by installation of millions of smart meters, utilities are beginning to offer a variety of voluntary time-of-use rates. Some work with and encourage sophisticated energy management techniques such as thermal storage, real-time load shaping and on-site generation. The ROI on other options, like motion sensors, may be negatively impacted by such pricing structures.

While many energy practitioners understand how various energy efficiency options interact, some lack experience regarding how energy pricing (and its structure) may influence the sequence in which options should be pursued.

A city's maintenance department was planning to replace its parking lot lighting with snazzy (and pricey) LED fixtures. The existing utility rate charged a fixed cost per kWh for energy, plus a monthly peak demand charge. Metering was standard mechanical, with no time-of-use capability. Under that rate, the new fixtures had an acceptable payback period.

At the same time, the city's purchasing department was exercising its power procurement options, which included the ability to buy power from a non-utility supplier. It switched several accounts (including the parking lot lighting) to an indexed rate that varied with the wholesale power price. Due to the continuing recession and low natural gas rates, that rate offered exceptional savings for off-peak power use. A smart meter was installed showing both when and how much power was used on an hourly basis.

Because most of the parking lot juice was consumed during off-peak hours, its average cost under the indexed rate was considerably lower than assumed in the initial payback analysis, significantly lengthening the payback period. Even where competitive power purchasing is not an option, switching to a time-of-use rate (where available) may, for certain types of loads, also reduce electric costs.

In essence, a chunk of the dollar savings that would have come from the new lights was instead secured through a procurement process, leaving less cost available to be saved by the lights. Since that process had essentially no cost and thus an immediate payback, it should have been pursued first, or at least in tandem, with the choice of light fixture. Had the two departments coordinated their efforts, a less expensive fixture may have instead been chosen that minimized total cost of ownership and maximized ROI.

Careful Assessment of Energy Options Can Show What Steps to Take 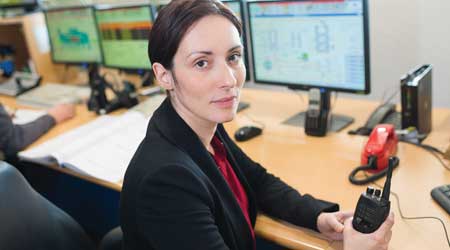