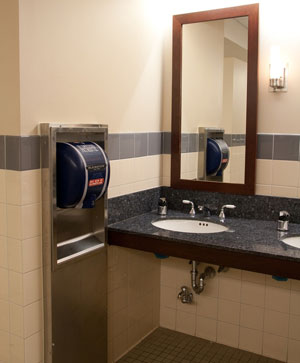 To avoid the construction and operational issues that plagued its team’s old facility, the owner of the National Football League’s New England Patriots challenged its contractor to focus on long-term sustainability

To avoid the construction and operational issues that plagued its team’s old facility, the owner of the National Football League’s New England Patriots challenged its contractor to focus on long-term sustainability, energy efficiency, and ecosystem management when designing the team’s new home, Gillette Stadium.

Throughout the design and construction of the $325 million project, designers focused on key areas that would yield environmental benefits and cost savings, including the stadium’s restrooms. The stadium, located in Foxborough, Mass., can hold almost 70,000 people, and it originally featured restrooms with paper-towel dispensers. Fans used an average of 6.3 million paper towels annually, which resulted in more than $50,000 in paper, maintenance, and waste-removal costs.

In September 2009, Excel Dryer Inc., partnered with the organization to replace the paper-towel dispensers with more than 125 Xlerator hand dryers. According to the team’s cost-savings analysis, the dryers will pay for themselves in just more than a year. Xlerator hand dryers represent a 95 percent cost savings when compared to paper towels.

Nolan says not having to pick up excess paper towels, restock dispensers and pay for waste removal will result in thousands of dollars in operational savings.

To simplify the retrofit process, Excel Dryer provided the operations team with recessed wall boxes that allowed workers to mount the dryers precisely into the space where the paper towel dispensers were located. 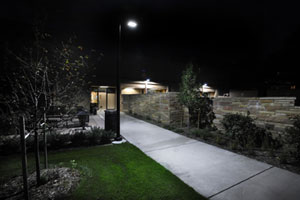 Safety and security are of utmost importance for the 37,000 students and faculty members who travel throughout the University of Colorado at Boulder campus all day and night 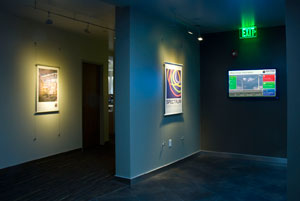 Spectrum Engineers made a decision to certify its offices under the U.S. Green Building Council’s Leadership in Energy and Environmental Design for Commercial Interiors rating system 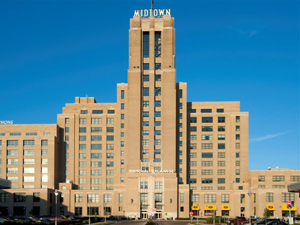 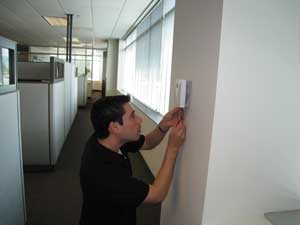