Brushing Up: A Primer on Paints

For many facility executives, researching the best paint for a specific application isn’t as high a priority as evaluating bigger purchases, like chillers or elevators. This is understandable because even large paint jobs typically don’t carry the hefty price tags of many capital expenditures.

However, this doesn’t mean that paints and coatings aren’t worth studying. While a can — or even several cans — of paint won’t match the cost of bigger-ticket items, choosing a paint that doesn’t fit the application, or deciding to put off a painting job, can result in extra costs that extend beyond the cost of the paint itself.

For instance, if a facility executive chooses a paint that emits a high level of volatile organic compounds (VOCs) and gives off a noticeable odor for an area that’s occupied Monday through Friday, the paint project will probably need to be completed during nights and weekends, when the space is empty. That will boost labor costs unnecessarily.

Another example: using a less-expensive coating on a surface that needs protection from harsh elements or chemicals might mean that the paint won’t adequately resist the chemicals. This could result in a surface that’s damaged beyond repair.

What to Look For

So, what should facility executives look for in a paint or coating? As with most purchases, you get what you pay for. “There’s a perception that paint is paint,” says Tom Dougherty, marketing manager at PPG. “All paint is not created equal.”

For starters, quality paints typically require fewer coats to cover a surface. This is important because labor typically makes up 80 to 90 percent of the cost of a paint job, says Matt Barkett, spokesman for ICI Paints. “Better quality paints cover better and cut labor costs.”

Paints that contain a higher ratio of solids to solvents require fewer coats, says Bill Rafie, director of marketing, Sherwin Williams. Solvents are the liquid portion of the paint that evaporate as the paint cures. Solids give the paint color; more of them make the paint thicker.

One coat of some paints will measure between 10 and 14 mils, says Rafie. A mil equals 0.001 inches. In contrast, lower quality paints may be 6 to 8 mils. To determine the thickness of a coat of a specific brand of paint, check the manufacturer’s instructions or data sheet. Either should provide a description of the paint and its applications.

A higher proportion of solids also means that the paint will do a better job of hiding stains and imperfections, says Dougherty. Again, that means that fewer coats will be needed to cover surfaces.

Another quality to look for in a paint is adhesion. A paint’s ability to adhere to a surface will vary with the type and quality of resins it contains.

However, determining how well a particular paint will stick to a surface just from the list of ingredients is difficult, Dougherty says. Instead, most manufacturers offer guides that tell which of their primers and top coats should be used on different surfaces. Reviewing these instructions is important because many manufacturers will guarantee proper adhesion only if both their own primer and top coat are used together.

Once the paint is applied to a surface, it should be able to stay there. As with coverage, a more durable paint will contain higher-quality ingredients, such as resins, than less-durable paints, says Barkett.

Paint durability is measured in part by its ability to stand up to cleaning without burnishing. Burnishing refers to the shine that can appear when a painted surface is scrubbed. “Look for coatings with a high degree of burnish resistance to stand up to routine cleaning,” says Rafie.

Another factor affecting durability is the type of paint finish. In general, flat finishes are less durable than glossy finishes. That’s because the chemicals used to produce a glossy finish create a uniform, smooth surface. “Stains can’t penetrate the surface, so they can be wiped away without the scrubbing that leads to burnish marks,” says Rafie. As a result, glossy finishes tend to hold up better than flat finishes in areas that get a lot of traffic and require more frequent cleaning.

Flat paints, despite their name, actually have a rougher finish. Microscopic bumps and craters on the painted surface tend to attract and contain dirt.

Flat finishes have their place, however. They’re often better at hiding imperfections. A glossy surface makes flaws more noticeable because it picks up light in the room. “If you’re using a high-gloss finish, be sure you apply it to a smooth, even surface,” says Rafie.

One way to determine how well a particular paint will resist staining and burnishing is to look for products that are validated through an independent testing source, such as ASTM International, a voluntary standards-development organization.

In damp environments, the ability of a paint to resist mold and mildew growth also is key. Not only will this help the paint last longer, it will prevent a musty odor from permeating a facility.

As a starting point, it’s important to detect the mold’s source. “Determine where the mold is coming from,” says Brian Paich, brand manager at Rustoleum. “Once you figure that out, you can choose the proper way to prevent it.”

One way to do that is to consider water rather than oil-based paints, says O’Reilly. In areas that tend to be damp or humid, oil-based paints and primers will be food for mold and mildew.

Looking for paints and coatings that resist mildew growth is also important. For instance, some coatings allow moisture to pass through, reducing the opportunity for mold and mildew to grow, says Angela Cunningham, brand manager of mold and mildew preventive products with Zinsser.

Some paints include mildicides, which also can retard mold growth.

One area in which paint technology has advanced is in the development of environmentally friendly paints. Paints with low levels of VOCs emit less odor and tend to be less harmful to the environment. Most low-VOC paints are priced comparably to other paints, says Barkett.

One way to identify a paint that offers low VOCs is to look on the label for an indication that the product meets Green Seal standards for VOC emissions. Green Seal is a non-profit organization that, among other things, develops product standards and certification.

Another benefit of low-VOC paints is that they emit little or no odor. This means that they are a key ingredient in maintaining healthy indoor air quality, says Paich. It also means they often can be applied during regular business hours and while the facility is occupied. That cuts potential overtime labor costs and the overall cost of the project.

Low-VOC paints aren’t always the environmentally correct choice, though. Spillane offers this example: On a piece of equipment used in a manufacturing environment, a high-performance industrial coating might last for four or five years. On the other hand, the low-VOC alternative might need to be repainted every year. The high-performance coating may be better for the environment in the long run, he says.

In some facilities, such as food processing or chemical plants, paint plays an important role in safeguarding surfaces from corrosion. Spillane recalls accompanying a facility executive to the top of a metropolitan office building and examining the I-beam that held up the cooling tower. After years of putting off painting the beam, the water in the tower had corroded the beam so extensively that Spillane was able to push a penknife through it. “Paint couldn’t fix this, but could have prevented it,” he says.

While the example of the corroded I-beam is an extreme one, in any corrosive environment the right coating can extend the useful lives of equipment, walls and flooring by protecting exposed surfaces from chemicals. That’s why, when deciding whether to postpone a paint job, it’s important to first understand whether the job is needed to protect a surface or just to decorate it. “If it’s for protection, you don’t want to put it off,” says Spillane.

When working on a project in which paint will act as a protectant, it may pay to look for a manufacturer whose experts can provide input and guidelines on the paint project. The experts should personally visit the site and offer their recommendations for the best type of coatings for different surfaces.

While the ability to protect surfaces can be critical in some applications, paint’s decorative properties also are valuable. “It’s what interests people in paint,” says Dougherty of PPG. “Color has the power to change a space from drab to exciting, from dirty to clean and from nondescript to something energetic.”

That’s more than can be said for many other facility expenditures. 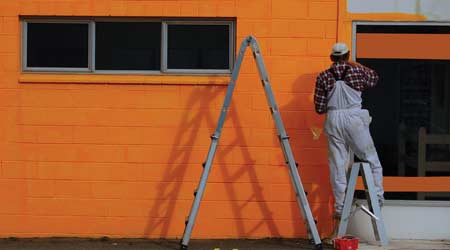 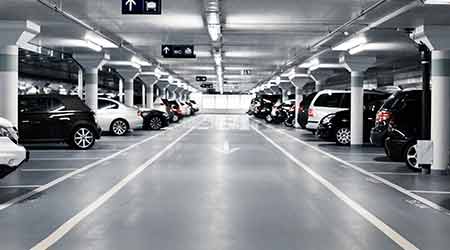 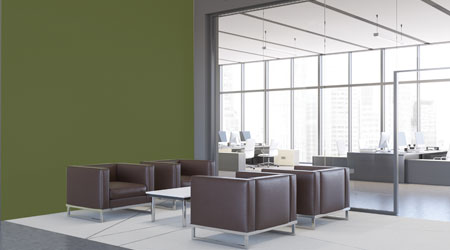