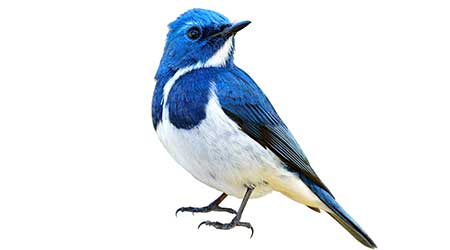 Birds and buildings often don’t mix. In some cases, institutional and commercial facilities create deadly hazards for flying birds, while in other cases, birds create nuisances for building visitors and occupants. In either case, it often falls to building owners and managers to find a solution. The remedies for bird-building confrontations are taking very different directions in two major U.S. cities.

In New York City, a city council member has proposed legislation that would require new glass buildings and major renovation projects to install materials to prevent avian injuries and fatalities, according to Quartz. Potential deterrents include dotted patterns on transparent surfaces, tinted or glazed windows, sheer barriers on façades to cushion collisions, and limited interior lighting. About 90,000 to 230,000 feathered creatures die each year after colliding with the city’s buildings, according to New York City Audubon’s estimates.

Meanwhile, in Los Angeles, dozens of falconers have turned the ancient pastime of falconry into business ventures used by an increasing tally of resorts, airports and office buildings, according to The Los Angeles Times.

Since 2007, the U.S. Fish and Wildlife Service has approved 137 active permits to use hawks, falcons and other predators for bird abatement, with 43 of those permits in California. As environmental concerns grow, hotel operators and building owners say they prefer deploying hawks and falcons instead of bird repellent, spikes, nets or fake owls to keep pigeons, seagulls and other birds from defecating, nesting or stealing food from guests and tenants.

Trained hawks and falcons have been popular for keeping seagulls away from the Hotel Del Coronado near San Diego and Terranea Resort in Rancho Palos Verdes. They have also been used to ward off pigeons and grackles from locations including U.S. Bank Tower in downtown Los Angeles, the Los Angeles County Museum of Art and the JW Marriott Desert Springs Resort & Spa.

Three Legionnaires' Cases May Be Linked to Illinois Hospital