Odor Control: The Scent of Success

Restroom odors are a large problem for most housekeeping managers at one time or another. Heavy use of these areas along with housekeeping staffs stretched thin across facilities often combine to leave restrooms with conditions that allow odors to grow.

Many institutional and commercial facilities have taken the steps necessary to control odors by cleaning restrooms properly. Managers have purchased new equipment and products specifically designed to produce odor-free restrooms. Some have purchased absorbent mats to go under the commodes and urinals, while others have placed numerous odor-control items in their restrooms.

Even with these methods, however, many restrooms still have a distinct odor. One challenge for managers seeking to prevent restroom odors is finding chemicals that perform properly while at the same time fitting into the budget and performing in ways that don't present potential harm to cleaning crews or to the environment.

Managers know that if a restroom smells bad, visitors will perceive it as dirty, so finding the causing of an odor is essential for removing it. In most restrooms, odors result from the presence of urine. This odor actually arises from bacteria that grow by using urine as a food source. As the bacteria grow, so does the odor.

Warm acid in urine makes a good food source and enables bacteria to grow quickly. The urine then changes from an acid to an alkaline and attracts moisture, which helps keep the bacteria growing. This process continues and results in a stronger odor until the bacteria are destroyed.

To remove this odor, housekeeping crews first must neutralize the urine salts, thus eliminating the food source. They can do this by applying an acid neutralizer that breaks down the alkaline salts.

The neutralizer either can be mopped or sprayed on the affected area. After rinsing this area, apply a disinfectant, which kills the bacteria that caused the odor. To be as effective as possible, crews should allow the disinfectant at least 10 minutes to kill off all bacteria.

Disinfecting should be done daily, accompanied by an occasional neutralizing of the restroom floor using an acid neutralizer to remove the urine. This process will stop the bacteria from growing and causing an odor.

Cleaners should pay close attention to the grout areas, as both floor and wall grout areas are perfect places for odor-causing bacteria to grow.

Cleaning crews also can use an enzyme-based product to destroy the bacteria. The enzymes digest the bacteria’s food source, as well as the bacteria, causing the bacteria to die. Most enzyme products use several types of enzymes: amylase, cellulose and protease. Having a product that combines several of these enzymes is the most effective restroom treatment.

Using enzymes in restrooms can help destroy the bacteria and reduce the odor, but this process can take several days to be completely effective. Enzymes should not be used in conjunction with disinfectants because a disinfectant might destroy the enzymes before they have an opportunity to digest the bacteria.

Due to the poor airflow in many restrooms, managers often specify the use of deodorizers. Choosing the right type of deodorizer, as well as method of deodorizing, is an important part in tackling restroom odors.

Deodorizers can be applied in a number of different ways — by mopping them onto the floor or spraying them into the air, as time-released spray, and through blocks placed in toilets and urinals that apply enzymes and deodorizers with each flush.

Some deodorizers just mask odors, while others eliminate them. Choosing the right type can play a big part in keeping odors to a minimum.

There are several classes of deodorants. Some absorb humidity and filter the air, and many add a fragrance to the air. These masking agents are available as gels, solids and oils and are made with strong fragrances to cover bad odors.

Pairing agents are chemicals that actually bond with the malodor to create a new, odorless molecule. Many are made from glycol, which makes the odor molecules heavier than air, causing them to fall to the ground to be removed later by cleaning.

Another type of pairing agent is a counteractant, which combines with the odor molecule and uses its chemical properties to change its make up and form a new, odorless molecule. Disinfectants, sanitizers and biocides, also considered deodorizers, work by destroying the bacteria that produce odors.

To remove any odor, the key is to eliminate its source, then clean the contaminated area. The last step is to actually deodorize the area, and recreating the conditions of contamination does this.

To be successful, a deodorizer has to penetrate the area in the same way the area was contaminated in the first place. Where urine is present, simply mopping the area is sufficient because the deodorizer in the mop water will penetrate that area in the same way the urine did, allowing the product to eliminate the odor. Mopping the floor daily with a disinfectant cleaner will destroy the odor-causing bacteria

Daily cleaning using the proper chemicals is the best way to help prevent odors from becoming a problem. Using equipment such as no-touch cleaning systems, along with the application of disinfectants or enzymes, also will help reduce bacteria.

Mopping a grouted floor can leave dirt and bacteria in the grout, helping bacteria to grow. No-touch systems clean grout and leave no residue on the floor, as mopping would. Clean equipment and water are essential here: a dirty mop and dirty mop water actually can help produce odors.

The use of absorbent mats under commodes and urinals will help stop urine from contacting the floor, but the mats should be changed frequently so no odors occur.

The responsibility for finding the right combination of odor-control actions and chemicals generally often falls to the housekeeping manager, who must choose from among the many different systems that address the problem. Some products are chemicals that can be added to mop water or sprayed on, and others come in the form of gels and blocks that are time released.

In general, daily restroom cleaning with disinfectant and the application of some type of odor counteractant will take care of many odor problems. But for those restrooms that continue to have odor problems, heavy-duty cleaning of grout, walls and ceilings using a neutralizer, applying disinfectants and enzymes, and using a combination of odor-control devices might be required to ensure restrooms help enhance a facility, not detract from it . 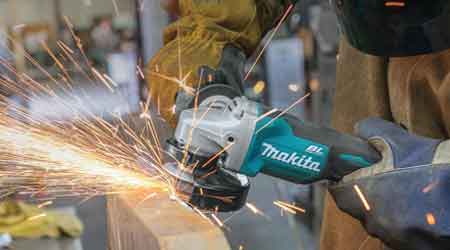