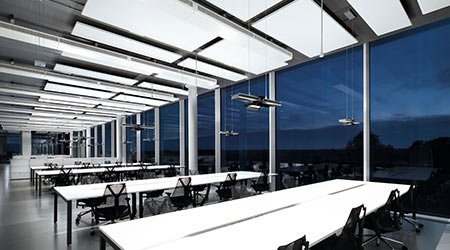 Dyson Commercial LED Luminaire Has a New Solution for Heat

February 1, 2017
By Naomi Millán
Lighting
One of the challenges of LED luminaires is how to best remove the heat generated by the LED module so that it doesn't burn out. Rejecting that heat is one of the keys to LED longevity.

Dyson, known best for their vacuums, is bringing a new technology to the commercial real estate market with a different solution on removing the heat. And it involves a vacuum, but not the one you're thinking of.

The company is in the process of getting ready to roll out its entry into the commercial luminaire market, and provided a product preview at its Chicago headquarters. It has developed an LED suspended luminaire, CU-Beam, which can be configured to be a downlight, an uplight with a wall wash component, or both. And it has developed an LED task light, which can be desk mounted, stand alone, or used as a floor lamp, depending on the model.

The form factors are interesting and fit in with the Dyson aesthetic, but the innovation is inside. The LED module (or modules in the desk lamp) reject heat to a heat pipe. The pipes are slender, like a thin pencil. The interior of the pipe is a vacuum with one drop of water. The water heats up and travels by capillary action to the opposite end of the pipe where the heat dissipates. The luminaires also feature fins, as is typical in many LED luminaires.

Because of this heat tube technology, the luminaire is able to use one big LED module to produce the light (one each for the up or down direction.) This resolves the problem of multiple shadows cast by many smaller LED modules, which does away with the need for a diffuser to blend the shadows together, which allows more of the light than would be possible in a traditional luminaire to make it down to the work surface.

Dyson has also engineered a driver to work specifically with their luminaire, to address the performance issues brought on by mismatch of driver and luminaire, such as flicker and early degradation of light quality.

The luminaire's inventor, Jake Dyson, says he started the process wondering what it would take to make an LED module last forever. The temperatures required for that are not possible in habitable spaces, but still he says the Dyson luminaire can achieve a 200,000-hour life.

The luminaire is planned to be available standard with a CRI of 80, with custom designs able to go to 100. It will be available in five color temperatures. Official launch of the product line is expected Q2 2017.

This Quick Read was submitted by Naomi Millán, senior editor of Building Operating Management magazine, naomi.millan@tradepress.com. Keep up to date on what's happening in lighting in commercial facilities at https://www.facilitiesnet.com/lighting/ 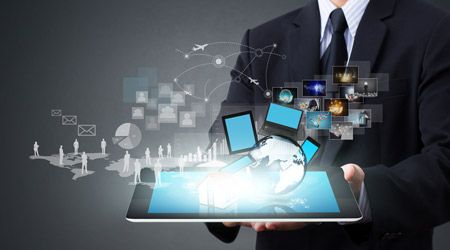 How To Maintain Effective Wireless in Energy Efficient Buildings