Because solid state lighting is not a "cut-and-paste" technology, it often cannot be successfully swapped out for the incumbent lighting on a one-for-one basis because of its unique requirements and attributes. With this in mind, facility managers should ask the following questions:

The Illuminating Engineering Society (IES) LM-80 standard describes the approved method for measuring lumen depreciation of LED light packages, arrays and modules. Devices must be operated at least 6,000 hours, with 10,000 hours preferred, at several operating temperatures representative of what would be experienced in a luminaire installation. Photometric data is collected at least every 1,000 hours. LM-80, however, does not measure LED performance in an actual luminaire and does not provide a way of estimating life beyond the period of data collection. This period is short compared to the expected life claimed for most current LED products — 25,000 hours to 50,000 hours and higher.

The IES TM-21 standard defines a mathematical procedure for using LM-80 data to project how light output will degrade over time, accounting for thermal conditions that the LED package will experience in an actual fixture. The life of the system can be defined at any point on that degradation curve, generally where light output has degraded to 70 percent of its original value.

Lighting designers typically use information about light output degradation when doing calculations, usually aiming to maintain a certain light level at the end of lamp life or some mean value. "When considering LED products, it's important to know what degradation level was used in defining LED life," Krepchin says, noting that such factors should be taken into account when comparing conventional lamps to an LED product.

Before installation begins, facility managers should talk with the lighting designer about the planned lighting layout for the facility.

"A lumens-per-watt metric is not enough and can be misleading," Bair says. "A lighting layout will provide the answers needed." She advises facility managers to ask for TM-21 data showing the correlation between IES LM-79 (on reproducible measurements of LEDs) and IES LM-80 testing from an independent laboratory. She also recommends that all marketing claims be validated with test reports.

With ongoing evolution in design, efficiency and performance, LED lighting provides a legitimate option to conventional lighting sources in commercial facilities. "The energy savings and reduced maintenance costs can enable LED lighting products to pay for themselves and then pay consumers for years," says Cree's Timperio.

What's more, LEDs don't use mercury. And, because they last longer in many cases, fewer lamps will be going to landfills.

The bottom line is this: LEDs are finding their way into many lighting applications in commercial buildings. As a result, the variety of available products grows daily. As Anderson says, "it's time for facility managers to take a look at LED lighting and determine if it's the right solution for their lighting application." 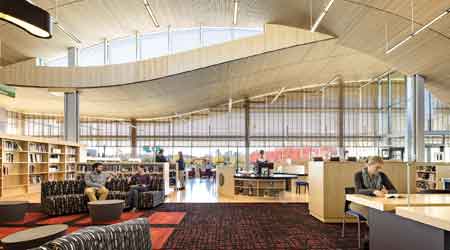